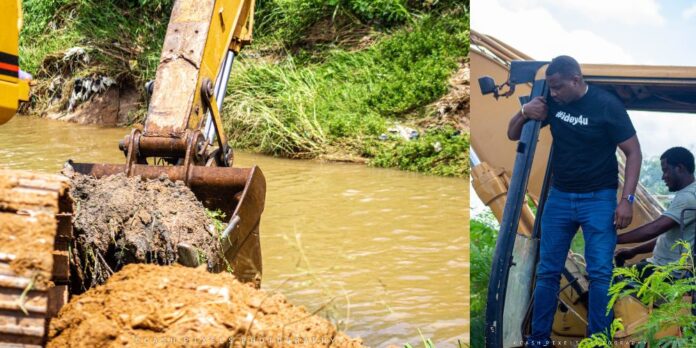 Policy advocate and Vice President of IMANI Ghana Kofi Bentil has criticised the Ayawaso West Municipal Assembly for pulling the breaks on humanitarian efforts in the area by John Dumelo.

The Municipal Assembly has ordered the NDC Parliamentary candidate who was dredging some chocked drains in the area to stop until he secures their permission to do so.

“They told me to stop the work that I’m doing and report to their office so that I formally seek permission to dredge the gutter in West Legon,” he told the media on Wednesday.

Commenting on the development on Facebook, Mr Bentil said: “You are wrong to summon Dumelo and question him about his work for his community. YOU SHOULD GO TO HIM AND ASK HIM YOU CAN BE OF HELP. And work with him not against him”.

On June 10, Dumelo began facilitating the dredging of a big gutter at West Legon. The decision to start work on dredging the gutter, he said, was informed by a promise he made to the community when he paid a visit to assess the discomfort residents face whenever it rains.

The politician admitted the dredging will not solve the issue completely. The long-term plan, he indicated, is to raise the Christian Village bridge. According to him, “the bridge is low and so when it rains, all the debris and everything collects and that’s how come the water levels here rise up.