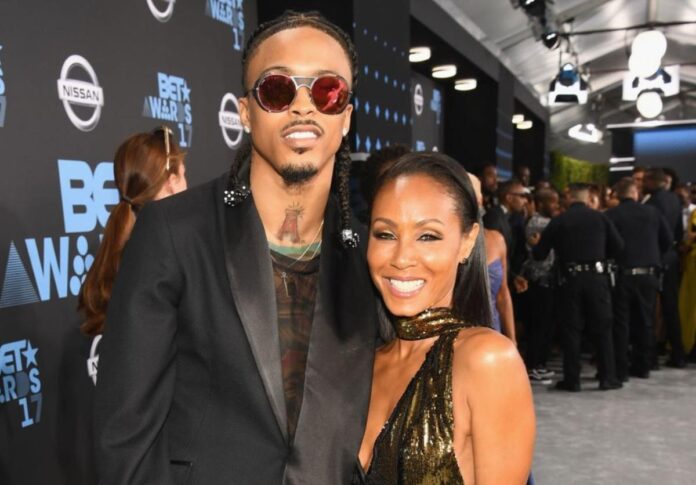 Singer August Alsina claims Will Smith gave him his “blessing” to have a relationship with Jada Pinkett-Smith.

“I actually sat down with Will [Smith] and had a conversation due to the transformation from their marriage to life partnership,” he said. “He gave me his blessing.

Alsina allegedly became acquainted with Pinkett-Smith in 2015 after being introduced by her son Jaden.

“I totally gave myself to that relationship for years of my life, and I truly and really, really, deeply loved and have a ton of love for her,” he said.

“I devoted myself to it. I gave my full self to it. So much so that I can die right now, and be OK knowing that I fully gave myself to somebody … Some people never get that in this lifetime.”

Alsina told Yee that leaving the relationship “butchered” him.

“It almost killed me. Not almost. It did—it pushed me into being another person,” he said.

“It broke me down … It probably will be the hardest thing I ever had to experience in this lifetime.”

Alsina had stoked rumours with his 2019 song Nunya, the video for which features the singer receiving a text message from “Koren,” which is Pinkett-Smith’s middle name.

He previously denied that the song was about Pinkett-Smith.

Pinkett-Smith’s representatives have been contacted for comment, while the New York Post reports her representatives as saying Alsina’s claims are “absolutely not true”.

Alsina also said in the interview that he does not want to stir drama.

“Contrary to what some people may believe, I’m not a troublemaker. I don’t like drama. Drama actually makes me nauseous,” he said.

“I also don’t think that it’s ever important for people to know what I do, who I sleep with, who I date, right? But in this instance, there are so many people who are side-eyeing me… And I think it’s because people don’t necessarily know the truth.”

On the Pinkett-Smith family, he said: “I love those people literally like my family. I don’t have a bad thing to say about them. They are beautiful people.”