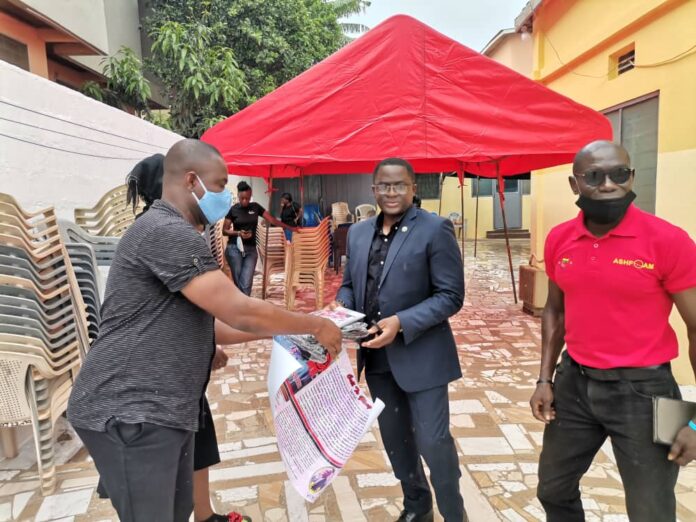 He said Acquaye also known as ‘Fishey’ was able to inspire, motivate and rally national sportsmen in women to give off their best in local and international competition.

According to the GOC President who doubles as President of Ghana Weightlifting, the late Saka Acquaye was also an encyclopedia of sports whom he often consulted for advise and research.

Speaking at the family house at Kaneshie on Thursday ahead of his burial this weekend, Ben Nunoo Mensah expressed that Saka Acquaye was one of a kind who was very devoted to his work as a sportsman and sports administrator, and thanked the family for giving him to serve Ghana Sports.

“In fact, Saka Acquaye was a real patriot for Ghana Sports, we have lost an important personality in sports, who contributed immensely at the GOC and NSA. He changed the lives of many people through sports” he stressed.

He donated veronica buckets, soap, assorted soft drinks and water to the family.

He expressed that according to Dr. Mckorley, Saka Acquaye was very instrumental in getting his daughter to play tennis, and now she is among the top female tennis players in Ghana.

Adolf Ankrah, the family spokesman commended the GOC President and Dr Dan Mckorley for the surprise visit and donations.

Dan Saka Acquaye, 58 who passed away in June will be buried this Saturday, September 12 at the Mantse Ankrah Royal Mausoleum at Kaneshie, in Accra.