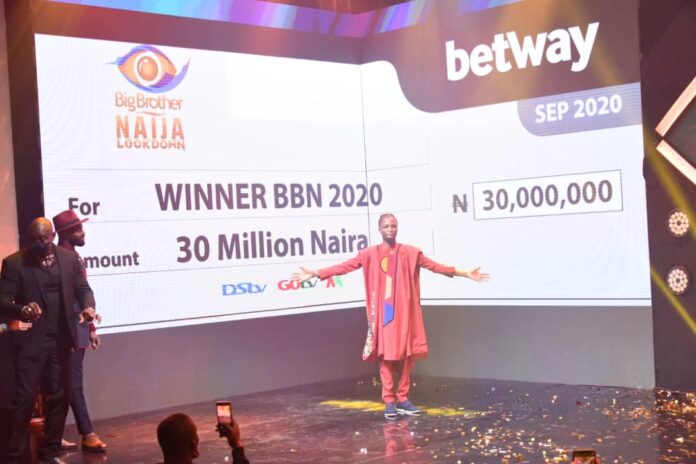 Laycon has been announced as the winner of 2020 edition of the Big Brother Naija, BBNaija reality TV show.

He beat the other nineteen contestants to become the winner of this year’s show.

The grand prize for Laycon which is N85 million with prices for other contestants will be presented on September 30. 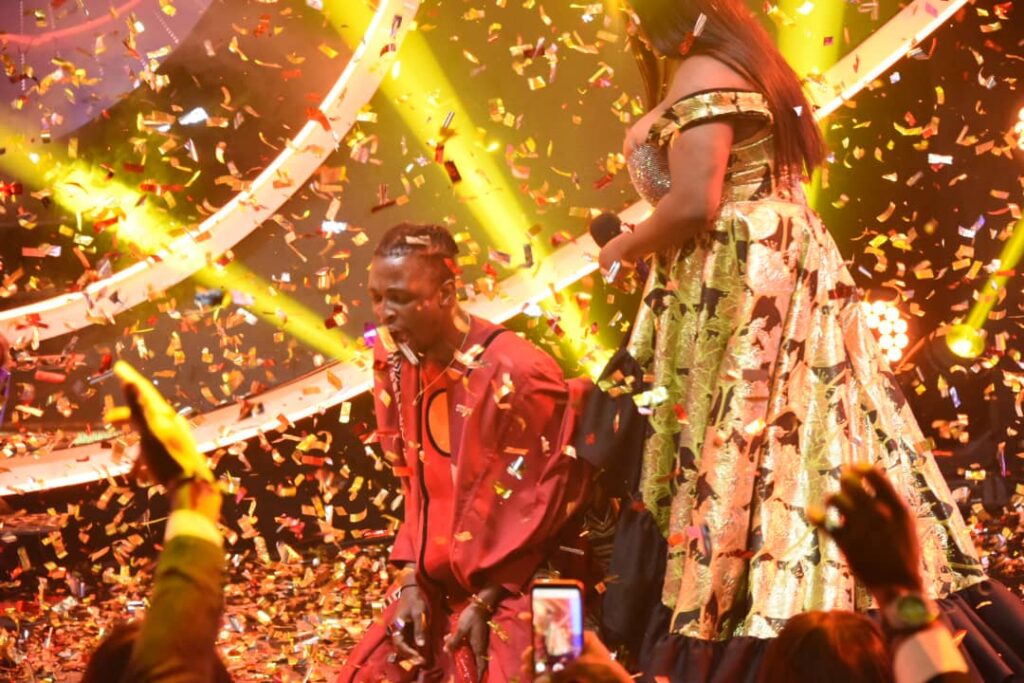 Laycon joins Katung, Efe, Miracle and Mercy in the coveted list of BBNaija winners. Like the previous winners, he’ll no doubt leverage the opportunity the BBNaija platform has offered him to push his career.

The fifth edition of the BBNaija franchise will go down in history as the most successful iteration yet, having recorded an unprecedented number of auditions and broken social media engagement records. The success of this edition is particularly remarkable, given the prevailing global COVID-19 pandemic which led to innovative changes in the audition and production process.

The grand finale which aired live on DStv 198 and GOtv 29 featured live performances by Nigerian superstars Rema and Fireboy and dance group Imagneto. A highlight of the night was a surprise performance by Mayorkun and Davido with renditions of hit songs ‘Betty Butter’ and ‘Fem’.