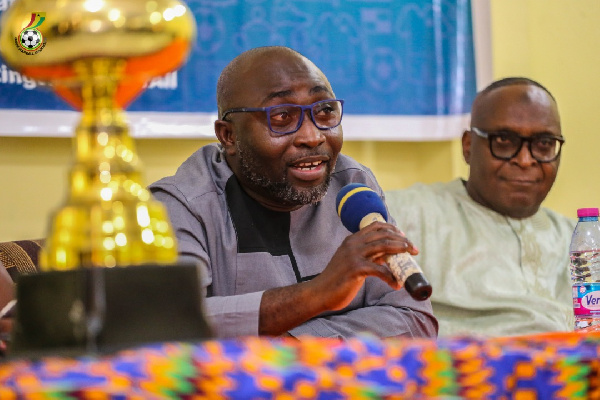 The General Secretary of the Ghana Football Association Prosper Harrison Addo has rejected claims that FA was affected by the long wait for the CAS verdict over Palmer’s case.

According to him, this was not the first time that the GFA had had a CAS case and that the Association knew how long CAS generally takes to deliver its verdicts to parties. He cited Techiman City FC vrs GFA, Phar Rangers FC vrs GFA, Tema Youth SC vrs GFA as examples of cases which took about a year to be delivered by CAS.

He further stated that the GFA cannot influence the outcome of a judicial decision, let alone a verdict by CAS.

It would be recalled that in October 2019, Kweku Osei “Palmer” petitioned the Court of Arbitration for Sports on after his disqualification by the Election Committee of the Normalization Committee which barred him from the GFA Presidential race on the bases that he had failed the integrity test on two grounds.

The Tema Youth bankroller’s attempt to clear his name and get CAS to declare last October’s elections as null and void was dismissed.

The General Secretary speaking on Kasapa FM’s Dwidwamu Sports Night with Adam Adjei, maintained that “the GFA never had any hand in the outcome of Palmer’s case at CAS, in fact it was good Mr Wilfred Kweku Osei to use the judicial process to clear his name, but one advice I will give to stakeholders of the game is to be mindful of what they say on radio or in the media space in general because no one knew that what Palmer said on radio some time ago could land him in this unfortunate trouble”.

“I will also urge everyone in the football fraternity to read the full verdict of case from CAS because it has advanced the frontiers of the Integrity test for all of us in the Ghanaian game,” he told Kasapa FM.