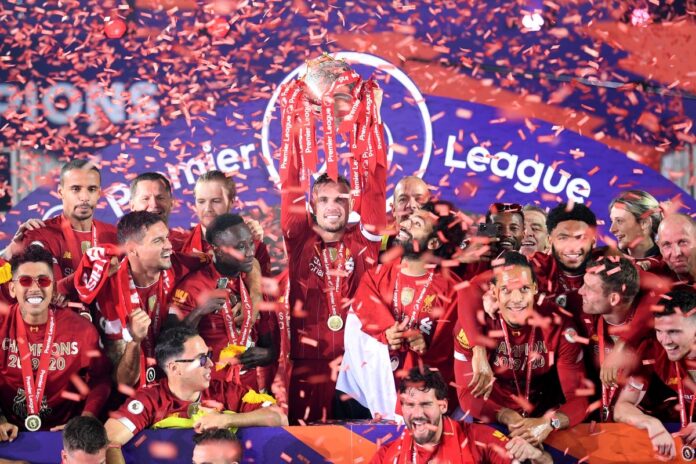 ‘Somebody told me we have to defend the title and I don’t understand that,’ he said in his pre-match press conference. ‘Maybe I’m not smart enough but if theres a title out there we showed last year that we were able to go for it.
‘We did it the year before also. That doesn’t mean we will this year, because we don’t take things for granted. But the titles out there – we attack them. We are all in the same position, zero games, zero points – let’s go for it.
‘That’s how I understand it and that’s how I always understood it, so why should we change it now just because we won [the title]?’
Klopp made the comparison to Liverpool’s Champions League knockout defeat to Atletico Madrid last season and how the team bounced back from that disappointment to win the league.
‘We went out of the Champions League last year because we faced a really good opponent and we were unlucky in the game,’ he added.
It was not about performance, it was not about desire, it was about football because it can happen – especially against these strong opponents, so we will go again.’