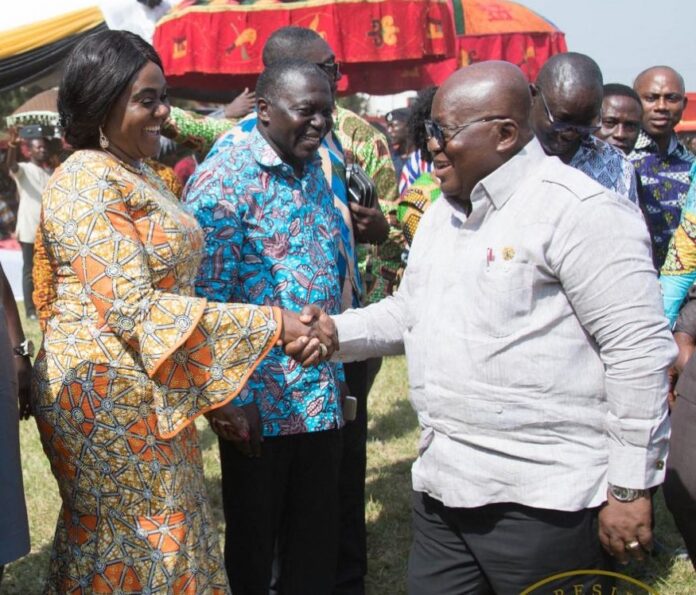 President Nana Akufo-Addo has directed that there should be a true sense of urgency on the part of Parliament and all relevant stakeholders in passing the Creative Arts Bill into law, Minister of Tourism, Arts and Culture, Barbara Oteng-Gyasi has disclosed.

She said the president hopes the Bill becomes law before the end of tenure of the current Parliament.

“The President has told the Majority Leader in Parliament that no matter what it would take, this Bill has to be passed into law before the end of the tenure of this Parliament, even if the Bill would be passed under a certificate of urgency, it must be passed into law”, Tourism Minister Barbara Oteng Gyasi disclosed on OKAY FM Wednesday when she appeared on the ‘Hot Seat’ of the Best Entertainment Show, hosted by Halifax Ansah-Addo.

The Minister said: “The President has expressed interest in this Bill. He is very concerned about the Creative Arts industry because he knows it is one of the key pillars of transformation. The creative arts industry plays a huge role in job creation and we have very gifted people in the arts that we have to help, promote and support. It goes a long way in boosting the country’s tourism drive”.

Oteng-Gyasi, the incumbent Member of Parliament for Prestea Huni-Valley, explained that a lot of work is being done by government behind the scenes to ensure the Bill gets passed.

“Currently the Bill has gone for gazetting. We have already sent it to Cabinet and all the amendments have been done. Then it went to the Attorney General and from there it has been submitted for gazetting. The gazetting period takes 14 days and I think it is left with just a few days to reach the 14 days then it goes back to Parliament. I can assure you the President, His Excellency Nana Akufo-Addo is keenly following the various stages this Bill is going through and he is very eager to see it being passed into law”, the Minister said.

She continued: “One of my top priorities has been to pass this Creative Arts Bill into Law. It is through this Bill that we would have the Creative Arts Fund to provide funding for the project arts industry players. Insha Allah, by the grace of God, this Bill would soon become law this year.

“On the issue of the specialized courts for the Arts, we have spoken to the Chief Justice and the arrangement is that this October, the arrangement would be put into real action so we can get the courts.”