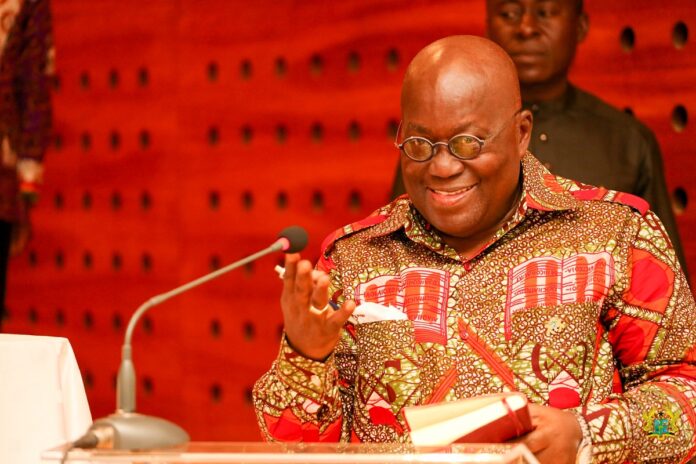 Ghana’s president Nana Akufo-Addo says he opted to remain calm over the insurgency instigated by the Western Togoland secessionists in the Volta Region because as a leader he must not show signs of panic.

According to him, once he begins to exhibit signs of panic the whole nation will lose focus in an effort to quash the rebels.

Speaking during his campaign in the Ashanti Region, President Akufo-Addo said he is optimistic the security agencies will deal with the uneasy calm in the Volta Region.

“I have to be calm because institutions are in place. The security agencies are doing their work. They’ve started already and we’ll see results. If I panic, the country panics. It’s like the COVID-19 disease, if I had panicked, fear would have gripped all of us,” Nana Addo stated.

He added: “But I know the work that God has appointed me to do, if I panic, the entire nation will also panic. That is not the purpose of leadership. I’m supposed to assure people that our country will work. What is happening in the Volta Region in the time of these handfuls – it’s just a handful of people, these secessionists – we’ll deal with it.

Meanwhile, vice president Mahamudu Bawumia has pointed out that the government will not have any dialogue with the secessionists because their actions are “criminal.”

“Negotiate with who, these criminals… on what basis? It doesn’t make sense. If so then we’ll be open to many things, tomorrow you’ll go somewhere and some group will get up and say the northern territory has to also be somewhere else. What we need is intelligence and we’ll try to deal with this,” Dr. Bawumia said on Accra-based Asempa FM.

However, the flagbearer of the National Democratic Congress (NDC) John Dramani Mahama has expressed shock over how the government is handling the situation, describing it as lukewarm.

“It looks like the whole government is not serious about this, the President is not serious about it. No senior person has gone to the area since this thing happened. The Minister of National Security, when this thing was very topical…, he should have gone to the area to boost the morale of the security services there, instead he was in Kumasi with the President commissioning a compost plant,” Mahama said on his Bono Region campaign.

He added: “What does Minister of National Security have to be in Kumasi with the President for? On a compost plant, instead of going where people are trying to cede part of your territory.”

“There is nothing more serious than trying to break up parts of a country. And as I’m saying they are not taking this seriously.”