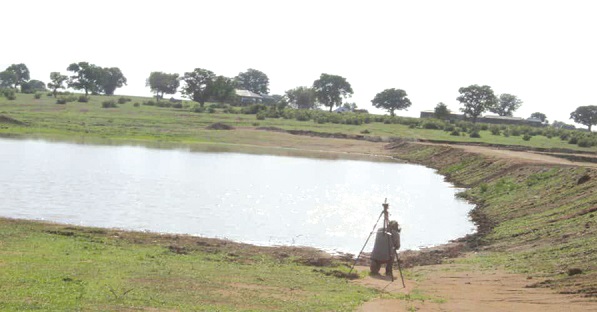 A member of the NDC communication team, Benjamin Essuman, has described as a monumental failure the ruling NPP’s flagship ‘One village one dam’ policy.

He further labelled 437 small earth dams the NPP claims they have constructed as mere dug-outs.

Mr Essuman was commenting on the justification by the ruling party on the GHC140billion government borrowing.

Speaking on the Morning Starr Monday, he said that the aim of the dam was to make farming lucrative for the indigenes so that they will not abandon farming in the north and rush down to the south to struggle.

“When COVID-19 came, government finally had to rush to feed Kayaye’s in Accra. I thought it would have attracted them back to the north to go and do farming.”

“Because that policy is a monumental failure, there’s nothing like one village one dam, it’s only a dug up. The Pwalugu dam, one million dollar project, is a dam. A dam that can hold water, at the right time that it thinks the water is getting excessive, it can even open its valves and it can go smoothly. You go to a village and you dig and you say its a dam.”

He added “the minister in charge Hawa Koomson says one of the dams costs GHC150k, this is a joke. And even this one you are not doing it in all the villages, you selected a few.”