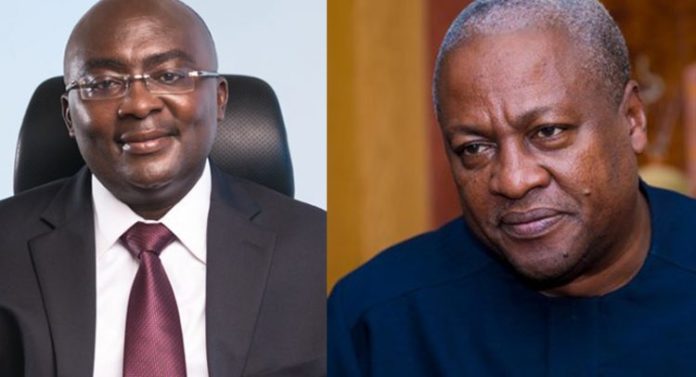 The Vice President, Dr. Mahamudu Bawumia, says the Presidency is not a place for correction of mistakes by erratic leaders.

After being ousted from office in 2016, former President Mahama is seeking re-election to the Presidency and he has been telling Ghanaians that he will correct his mistakes if he is given a second chance.

But Dr. Bawumia has shot down Mahama’s claim of rejuvenation, saying the Presidency is a place for serious business, not for correction of mistakes.

“The Presidency is not remedial classes for correction of mistakes,” Dr. Bawumia said on Ash FM in Kumasi during an exclusive interview on Tuesday, October 13.

“It is a place for serious work and serious business.”

Dr. Bawumia stressed that former President Mahama’s regime was so erratic that it left the country in ruins, leading to his eventual defeat in 2016.

The Vice President added that even in opposition and as a Presidential candidate, the former has been so inconsistent that he can no longer be trusted.

“We all saw how badly he managed this country and the economy which led to many problems, such as dumsor. They could not pay for basic allowances and services.”

“Even in opposition, he hasn’t changed and he says he will correct his mistakes.”

The Vice President listed many policy contradictions and inconsistencies to buttress his point that former President Mahama lacks clear policies and vision, and can therefore, not be trusted.

“Mahama is full of inconsistencies and contradictions. He says one thing today, and another tomorrow,’ Dr. Bawumia said.

Dr. Bawumia also exposed the insincerity in some of Mahama’s policies, saying the former President, after criticising the Akufo-Addo government for its free Coronavirus water and electricity interventions, is now promising free primary health care.

“Mahama said free things are not good and he attacked us for giving Ghanaians relief with free electricity and water in the midst of covid. But now, he says he will give free primary health care.”

“When he was President, he advocated for the independence of the Electoral Commission, but he is now attacking the EC.”

Dr. Bawumia is currently on a tour of the Ashanti Region.