According to him, the now-resigned Special Prosecutor should have preempted most of the challenges he complained about while in office.

The Presidency has denied interfering in the work of Mr Amidu.

Commenting on the development, the University of Ghana lecturer said Mr Amidu is experienced enough to have known the challenges of transitional democracies such as Ghana.

“Didn’t Amidu know that in our part of the world, corruption is the rule, rather the rule, than the exception and it will fight anyone who fights it? Didn’t he know that transitional democracies are always quick to create institutions just to render them toothless by open or surreptitious executive interference and by denying them the needed resources to function? Didn’t he know that in developing democracies, some people are untouchable, and that if you touch them, there will be consequences? Didn’t he know that it is normal in a developing democracy for people in power to react the way they may have reacted about his report that exposes some wrongdoing?

He said the resignation of Mr Amidu will negatively impact on the office of the Special Prosecutor.

Below are details of the article

I am therefore unable to post my lengthy article I authored on the issue this dawn, because of the two-sides of the matter now, which makes it imperative for some more interrogation. I will do some more search and take some time to interrogate the two sides.

While this goes on, my preliminary view is that, it is disappointing that Amidu resorted to the line of least resistance by resigning from his post. He should have stayed on to fight as a man with principles, conscience and clothed with some security and protection from the laws.

His resignation suggests to me that, he was either not committed to fighting corruption beyond “his long epistles” or he is completely ignorant about what it takes to fight corruption in a transitional democracy like Ghana.

Let us assume that all the damning issues he raised in his resignation letter are sacrosanct and truthful. Let us also assume that everything said in the response from the Presidency is a lie. I will still argue that the challenges outlined by Amidu should not have warranted his resignation as Special Prosecutor, in whom many level headed people including civil society, are well pleased.

At his age, and given his experience, what did he fear about threats of death and intimidation? If armed robbers do not fear to die during robbery attacks even at very fortified places, how can an aged person like Amidu, doing the right thing for society, give up, simply because of threats on his life? As a young man, I have received several threats on my life before, for daring to speak my mind. But so what? I am sure he had similar threats when he fell out with Prof Mill’s government and became a Vigilante Citizen.

When some of us advocated for the separation of the Attorney-General from the Ministry of Justice and the creation of an Independent Public Prosecutor, way back in 2006, we were calling for an Independent Officer who won’t walk in the shadows of any government appointee. Amidu knew he wasn’t an Independent Public Prosecutor, and yet he wanted to be independent. How possible? He knew how toothless his office that was set up to operate in a developing democracy, was going to be. Yet, he accepted his appointment. Once he accepted the offer, he should have stayed on to fight as a man with his kind of conviction to deal with the challenges. Domelovo would never have resigned, if he hadn’t been ousted technically.

Amidu had an excellent opportunity to make his mark, regardless of the challenges, which I acknowledge, could impose hurdles. A striker worth his salt, does not quit football simply because defenders thwarted his efforts and attempts at scoring.

It isn’t the best but it is normal to be frustrated in any developing democracy, in one’s attempt to help fight corruption. Amidu should have known this and shouldn’t have let us down by pandering to the challenges and quitting.

He is one of a kind in the human species in Ghana. Not many people have his kind of persona and principles. If he couldn’t stay, who else may stay? Regardless of the challenges, he should have held on to fight a little more to institutionalize his office and its mandate.

We clamor for the culture of resignation, particularly when officers do not do what is expected of them, not resignations at a time when institutions are being built.

Per what he has done, he has completely shut the door to future cross-party appointments in a manner that could perpetuate Winner-Takes-All politics. Given the brouhaha, I do not see any future for the Office of the Special Prosecutor. It may either possibly not outlive this regime, or in any future regime, it will exist like the NCCE, that exists but doesn’t exist.

Given the weak countervailing authority in our body politic and challenges of constitutionalism in Ghana, I had a lot of hope and confidence in Amidu as someone who could help check executive excesses and assist the fight against corruption. Domelovo, I believe, faced similar challenges but he was resolute and more than resolved to do what he was mandated to do, regardless of how uncomfortable he made the government of the day. Any anti-corruption crusader who crumbles before challenges in his quest to deal with corruption, must forever remain mute on matters of corruption. 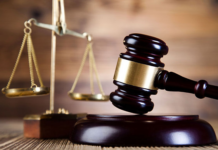 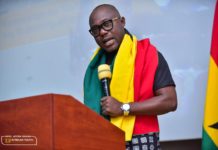 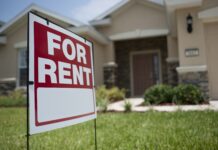