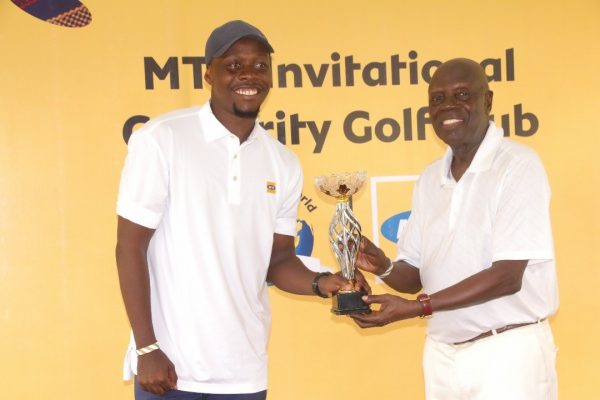 Felix Akafo and Georgina Andoh were the toast of fans during the MTN Invitational Golf Championship in both categories at the Celebrity Golf Club at Sakumono on Saturday. The competition which becomes the final and only MTN Invitational Tournament for the year 2020 due to the covid 19 restrictions saw Felix Kwame Akafo grabbing 41 points to win the Men’s Group A and was keenly followed by Ellias K. with 39 points and Christopher Mbii who got 38 points.

100 golfers from all over the country took part in the 2020 MTN Invitational Golf Tournament which took place at the Celebrity Golf Club at Sakumono on Saturday.

Men’s Group B was won by Okoe Tackie with 47 points, whiles Ross Han’s 39 points got him the second place.

Georgina Andoh placed first in the Ladies Category with a score of 43 (33). Leticia Amponsah Mensah was second with 34 (10) and Helen Amponsah placed third on 43 (33), while Vivian Dick took the fourth position with a score 32 (16).

Charles Mantey won the senior’s event with 37 points followed by Jimmy Thorme with 30 points and Esther Antwi with 22 points, while the Elder’s trophy was taken by Mrs. Owusu Adyapong.

Closest to the pin was won by Isaac Awuni, while Christopher Mbii took the prize for the Men Longest drive.  Flora Hurtubiase won the Ladies longest drive and closest to the pin trophies. All the winners received special prizes from MTN, the sponsor.

Mr. Ishmael Yamson, board chairman of MTN Ghana eulogized the late Dr. Plange Rhule in whose memory the tournament was held. He commended the organizers for sustaining the event for the past eight years, despite challenges.

He expressed that consistent playing of golf has helped the winners. 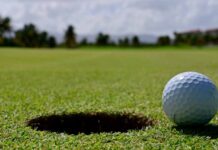 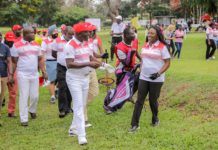 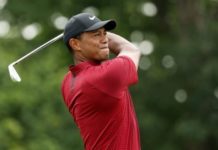