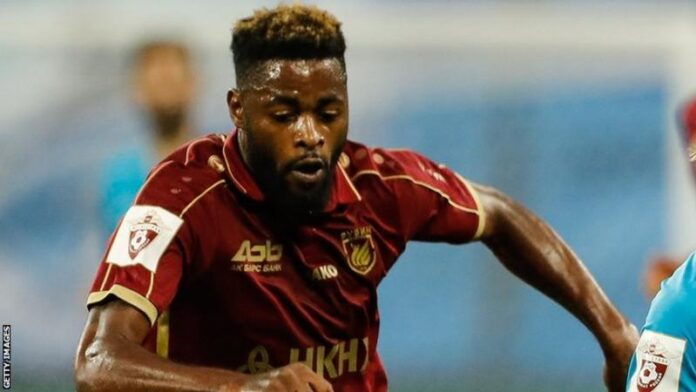 Former Arsenal and Barcelona midfielder Alex Song was unable to inspire his new club, Arta Solar 7 of Djibouti, from losing at home in a Confederation Cup preliminary round first leg.

Burkinabe Farouk Kabore scored on 24 minutes to give Egyptian club Al Mokawloon Al Arab (formerly Arab Contractors) a 1-0 victory in Djibouti City despite an energetic showing by the 33-year-old Cameroonian.

Song not only captains Arta but is also in charge of youth development at the club.

It was a winning return for Al Mokawloon, who won the now defunct African Cup Winners Cup three times under their former name, are back in a continental club competition for the first time since 2005.

Winning in Djibouti makes them firm favourites to progress to the last 32 that will see them face a much tougher task against Etoile Sahel of Tunisia.

Etoile are the only club to have won all five current and former Confederation of African Football competitions — the Champions League, Confederation Cup, Super Cup, African Cup Winners Cup and CAF Cup.

Bloemfontein Celtic of South Africa took their reserve team to the heart of the DR Congo and upset domestic league leaders Maniema Union 2-0 in Kindu.

With a winners-take-all $525,000 domestic cup final against Orlando Pirates set for 12 December, Celtic opted to deploy the second stringers.

Both Nigerian contenders suffered away losses with Kano Pillars falling 3-1 to Jaraaf in Senegal and Rivers United going down 2-1 to African newcomers Futuro Kings in Equatorial Guinea.

Jamil Muhammad gave Kano an early lead before they conceded twice in the first half and Makhtar N’Diaye doubled the home team’s lead 14 minutes from time in Thies near Dakar.

A brace from Cameroonian Gregoire Nkama put Kings in control in Mongomo before Godwin Aguda converted a late penalty for Rivers.

African debutants Napsa Stars of Zambia were the most convincing first leg winners as they hammered Ngazi Club 5-1 in the Comoros.

It could have been an even more embarrassing scoreline for the home team as NAPSA had a goal disallowed in Moroni.

Danny Silavwe bagged a brace for Stars, who built a four-goal lead before Mananot Raharinjatovo claimed a consolation goal for the islanders.

Tihad Casablanca of Morocco proved that being a second division club is no disadvantage in Africa as they won 1-0 away to Gamtel of The Gambia in Bakau near Banjul.

The only goal came eight minutes from time when Youssef Raiani unleashed an unstoppable shot from outside the box that flew over the Gambian goalkeeper.

Tihad are the third most popular football side in Casablanca after Raja and Wydad, clubs who have won the CAF Champions League five times between them.

The second legs of the preliminary round are set for the 4-6 December. 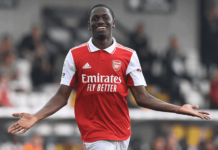