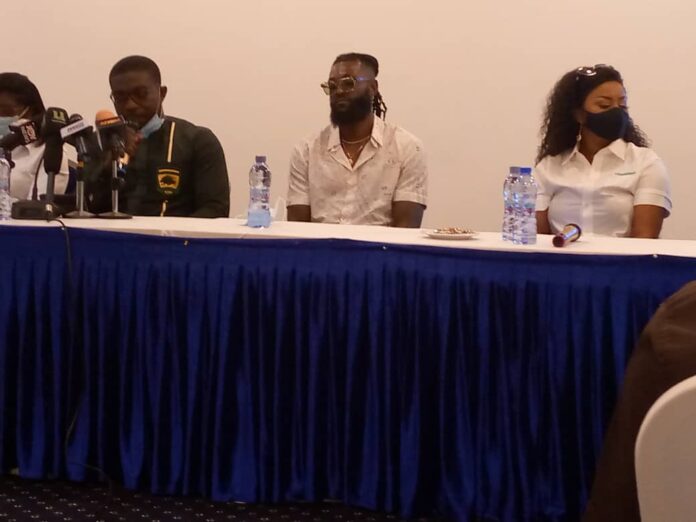 Kumasi Asante Kotoko have officially unveiled Hisense as their new electronic partners ahead of the season’s opening game with Eleven Wonders.

The deal, which was originally announced on October 23 is worth One million Cedis per year for three years and was unveiled today at the AH Hotel and Conference Centre at East Legon.

However, one controversial aspect of the package is the GH₵5,000 reward for any opposing player who scores a winning goal against Kotoko in the GPL but the GH₵5,000 will be disbursed among the Kotoko squad if they win or draw the game.

Speaking at the event, the Chief Executive Officer of Asante Kotoko, Nana Yaw Amponsah praised Hisense for partnering with the club and encouraged the club’s fanbase to patronize the products of its new sponsor.

Former Togo international Emmanuel Adebayor who was present at the event said the partnership will not only promote Kumasi Asante Kotoko but it will also serve as an uplifting moment for the development of Ghana football.

Asante Kotoko will commence the 2020/2021 season with a home game against Techiman Eleven Wonders at the Accra Sports Stadium on Sunday.