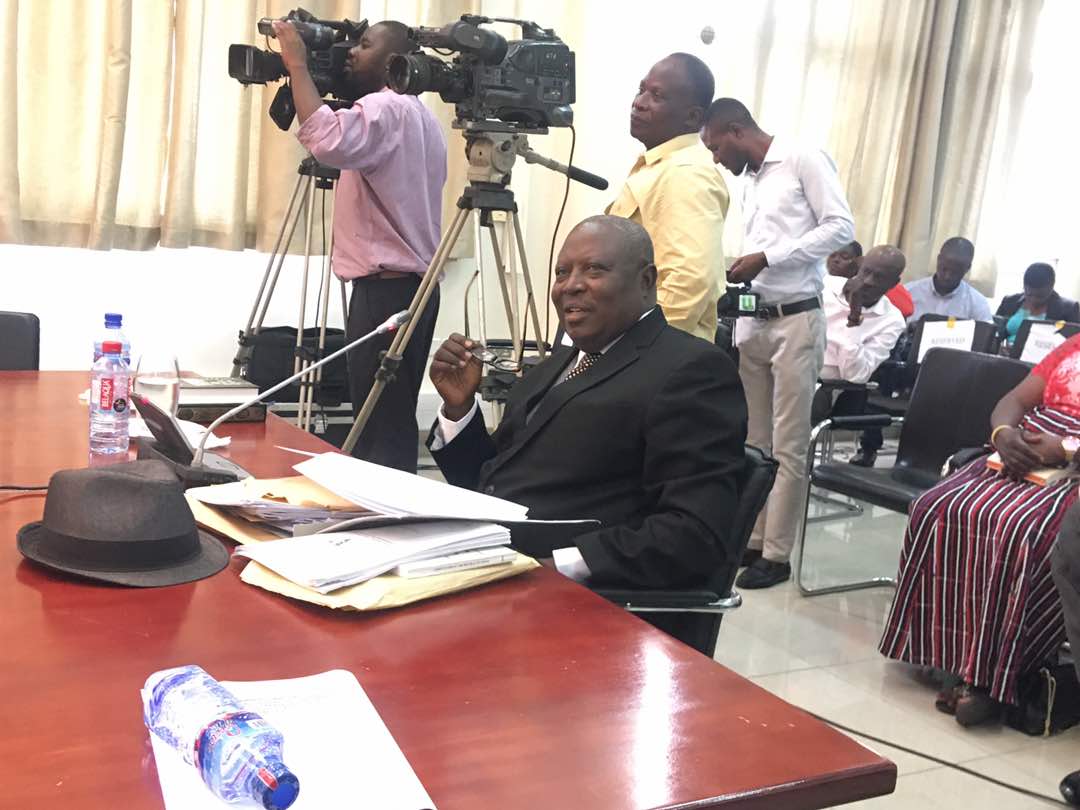 Former Special Prosecutor Martin Amidu has accused President Akufo-Addo and the Finance Ministry of conceiving the Agyapa Royalties deal to favour only a few individuals in government.

According to him, the structure of the deal discriminates against the majority of people even in the ruling party.

“I can now say as a citizen of Ghana on the basis of the Agyapa Royalties Limited Transaction report that the transaction was suspiciously conceived by the Ministry of Finance and the Presidency and implemented to serve only a few persons within even the New Patriotic Party.

“Throughout the painstaking examination, analysis and anti-corruption assessment of the Agyapa Royalties Transaction Documents in my capacity as the Special Prosecutor, I could not find “a Dombo”, “a Busia” or “the Golden Stool of the Ashanti Kingdom”, or anybody from the Volta Region from the New Patriotic Party on the Minerals Income Investment Board, the offshore incorporated Agyapa Royalties Limited and its wholly-owned subsidiary ARG Royalties Ghana Limited not to talk of other non-partisan and partisan Ghanaians or the National House of Chiefs as custodians of our lands and beneficiaries of the gold royalties of Ghana.’’

Mr Amidu also accused the President of asking him to shelve his work on the Agyapa deal after his corruption risk analysis.

“When I told the President on the 23rd of October 2020 and on 1 November 2020 that he had no authority to usurp the functions of the Special Prosecutor, it should have been clear to him that his interpretation had exceeded his authority under article 58(1) of the Constitution.”

“The unconstitutional assumptions made by the President constitute the very conduct exhibited for the first time to me by the President which convinced me beyond every reasonable doubt that he only looked like the innocent flower but is the mother corruption serpent under the Agyapa Royalties Transactions.”

Amidu continued: “When I met the President on 23rd October 2020, I received the shock of my life when he demanded that I took no further action on the Agyapa Royalties transaction anti-corruption assessment report for another week. That was when it was divinely revealed to me that the President whom I trusted so much for integrity only looked like the innocent flower of anti-corruption but he was really the mother corruption serpent under the innocent-looking flower.”

Amidu also added more: “Anti-corruption Moses, kindly tell Ghanaians your reason for refusing to interdict or order the Municipal Chief Executive for Bawku Municipal Assembly to vacate her office, even on voluntary or compulsory leave like you unconstitutionally did to Mr Daniel Domelevo, the constitutionally appointed Auditor General of Ghana…”

He continued: “My dear former anti-corruption Moses, Mr. President, this is just one example to remind you Mr. President that you should not have unleashed your attack dogs on my integrity as being responsible for the failure of the special prosecutor in the fight against corruption under your presidency.”