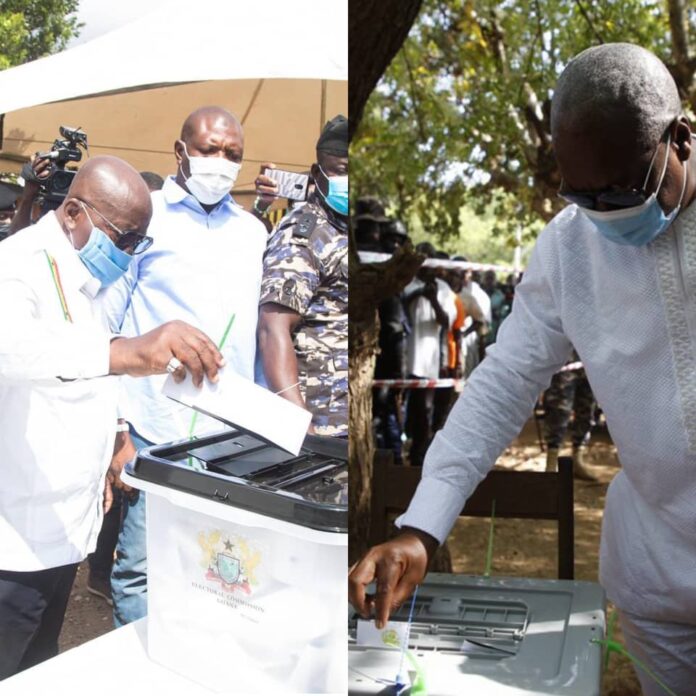 President Akufo-Addo and former President John Mahama have cast their ballots in the ongoing Presidential and Parliamentary election.

While the President who is leader of the New Patriotic Party voted at Kyebi in the Eastern region, Mr Mahama of the NDC voted at Bole in the Savannah Region.

Mr. Mahama was spotted in white apparel. Both candidates say they are confident of victory by close of day. 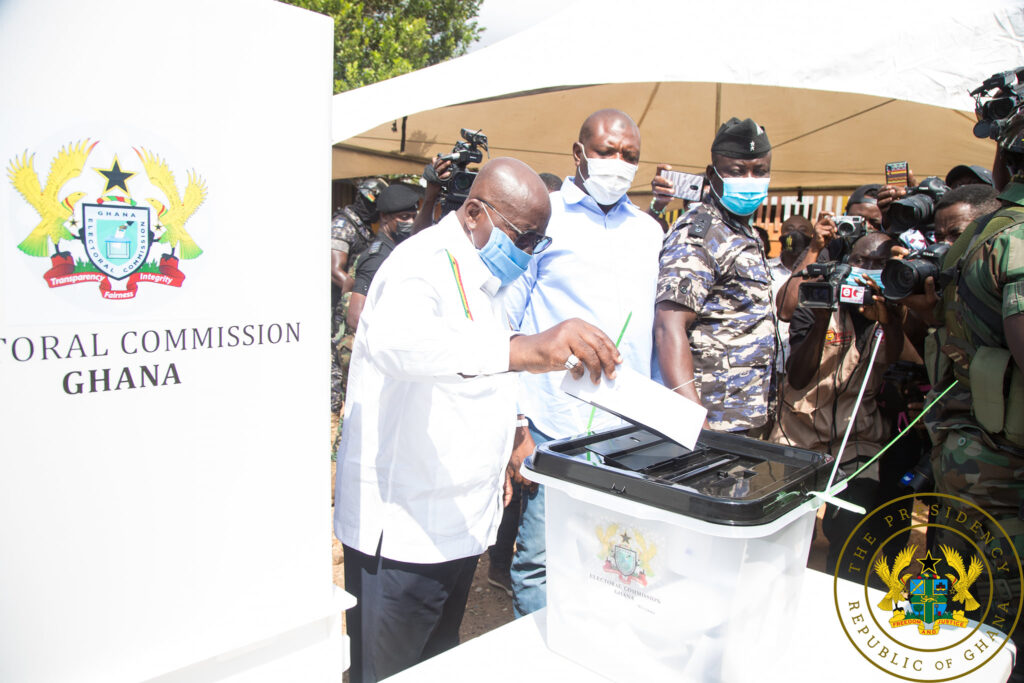 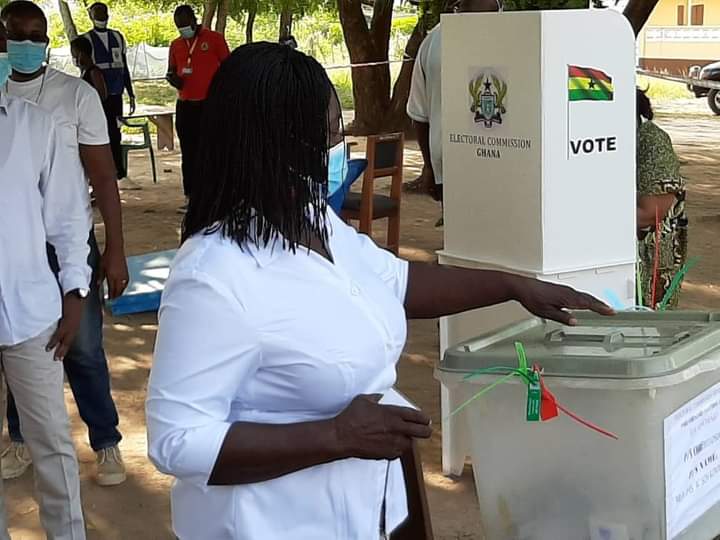 The race is largely between the incumbent President Nana Addo Dankwa Akufo-Addo of the NPP and former leader John Mahama of the NDC. Ten other presidential candidates are contesting in the polls.

Electoral materials have been dispatched to the various voting centres.

The Electoral Commission says it aims to declare results within 24hours.