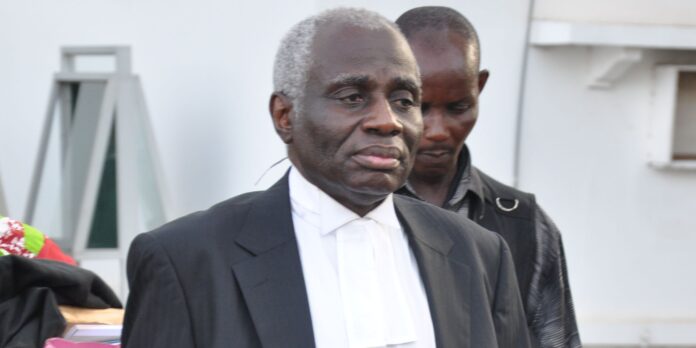 Tsatsu Tsikata has demanded that Justice Clemence Honyenugah recuses himself from the ongoing trial over the victory of Peter Amewu in the Hohoe parliamentary election.

But when the case was called for the substantive case to be heard, Mr Tsatsu Tsikata asked Justice Honyenugah to recuse himself.

According to him, should he fail to do so, they were going to raise an objection for him to recuse himself on grounds that he has a strong personal relationship with John Peter Amewu.

After Justice Honyenugah had indicated to the panel that, he had no personal relationship with the Hohoe Member of Parliament-Elect and that he was not going to recuse himself, Lawyer Tsikata moved his objection.

He argued that, they are willing to bring persons before the court to testify in that respect and that if the witnesses are heard, the court will agree with them on why he should recuse himself.

He said Justice Honyenuga cannot be a judge in his own course and that their witnesses are prepared to testify on oath on these matters.

Deputy Attorney General Godfred Yeboah Dame while opposing to the objection said, no basis has been established for recusal of any member of the panel.

He said counsel owes it a duty to establish the case of bias against the said judge but has not done so, and that the claims are only premised on “speculative and conjecture.”