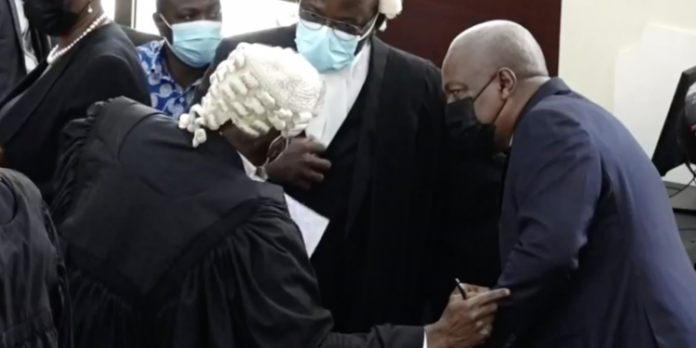 Lawyers for former President Dramani Mahama have filed a reveiw application at the Supreme Court asking the apex court to review its ruling regarding the refusal of their 12 interrogatories on Tuesday.

The Supreme Court in a unanimous decision on Tuesday dismissed a motion from the petitioner calling on the Election Commission to respond to some questions they consider will help narrow down the issues set out in the petition.

In court on Wednesday, when the case was called, lawyers of the petitioner were immediately not in court.

When the panel enquired of them, Johnson Asiedu Nketia, who is representing John Mahama, said they were at the court registry filing their processes.

Moments later, Mr Tsikata arrived and informed the court that, they were at the registry filing their memorandum of issues.

He also informed the court that, they have filed a review application against the court’s ruling.

Mr Mahama, the petitioner was not in court when the case was called.