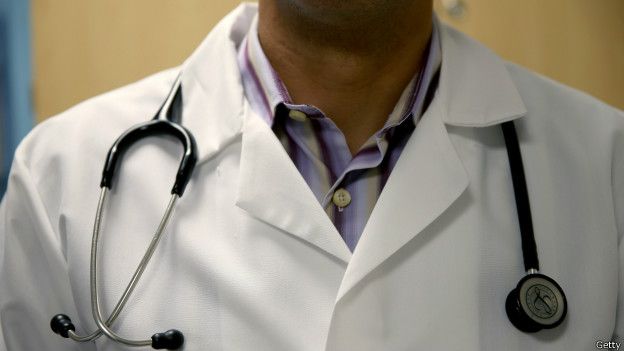 Investigations by the Medical and Dental Council and the Economic and Organised Crime Office (EOCO) have led to the arrest of some doctors, nurses and social workers in the illegal act of baby harvesting’ and ‘human trafficking’.

A joint statement revealed that the investigations were carried into the illegal activities between the periods of June to November, 2020.

As a result of these investigations, two medical doctors, two social workers, four nurses, two mothers and one traditional birth attendant have been arrested so far and are on bail pending further investigations.

According to the statement, Dr. Hope Mensah Quashie was arrested On Thursday, December 31, 2020. Dr. Mensah Quashie who works with the 37 Military Hospital was arrested at his private health facility named Susan Clinic located at Lartebiokorshie, a suburb of Accra. He allegedly sold the first baby boy to the team for an amount of Thirty Thousand Ghana Cedis (GHC30,000.00) in October, 2020.

He was arrested with three nurses who worked at his facility namely Sylvia Awuseh, John Adorey Effie and Angela Ametepe. They have been identified as his accomplices together with one Dede Gifty Anikpi, a traditional birth attendant at Bethlehem Maternity Home at Santoe a suburb of Kpone Katamanso, who referred the mother of the first baby to Susan Clinic. 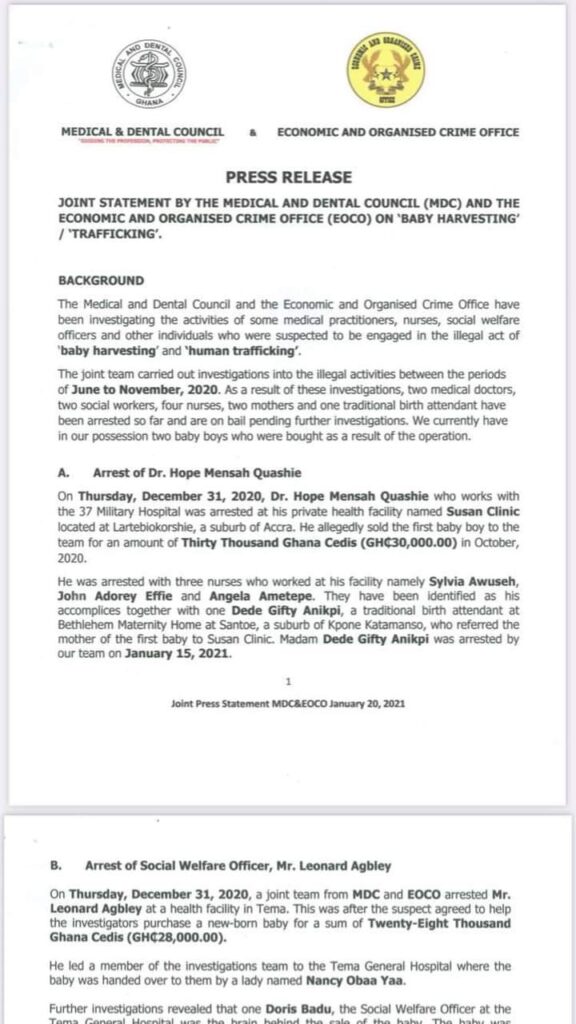 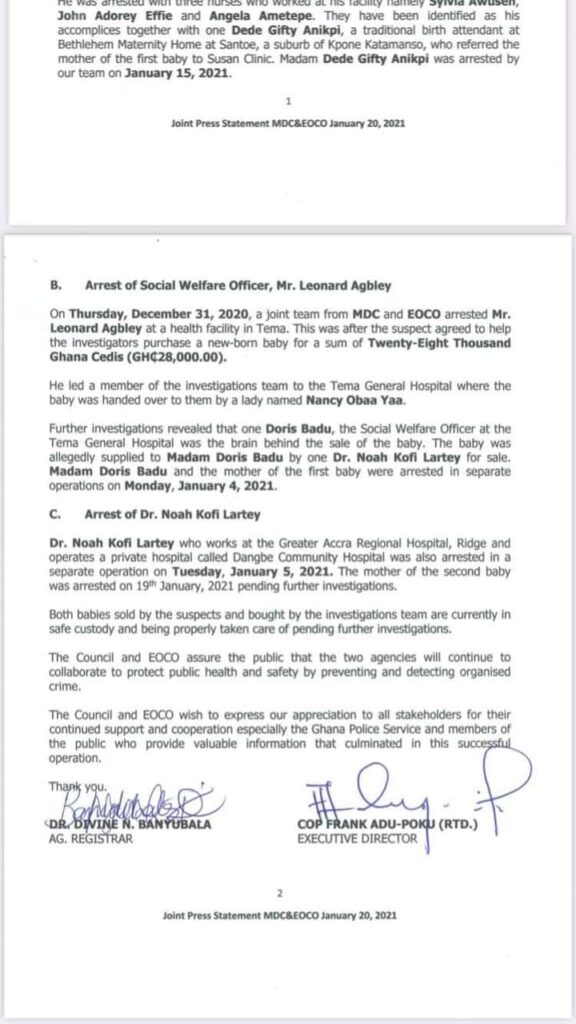