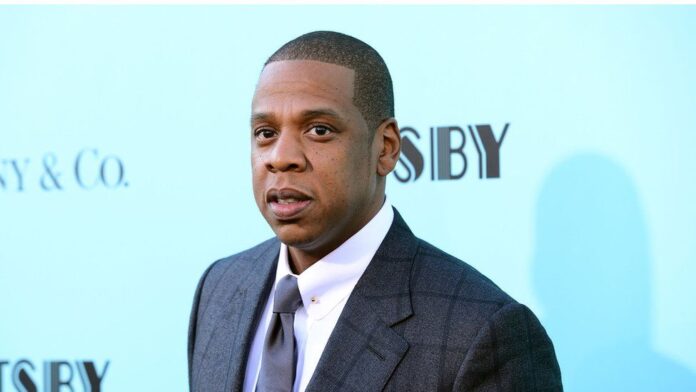 After buying the company in 2014 for an estimated $30 million, Jay-Z increased annual sales from 60k to 500k bottles in 2019. “The partnership will be anchored in the acquisition of a 50% stake in Armand de Brignac by Moët Hennessy as well as in a global distribution agreement. The 50%-50% structure is an essential element of this alliance and ensures that each of the two partners wants to bring its strengths and expertise to ensure the success of this long-term alliance”, the statement reads.

Ace of Spades had been “a fantastic success”, Moet Hennessy CEO Philippe Schaus said in a joint statement with Jay-Z. “Armand de Brignac breaks barriers and reflects contemporary luxury while preserving the traditions of the Champagne terroirs,” he said.
He further stated that his company had been interested in the brand for its appeal to a “global and diverse luxury consumer”. “For years we have been following the fantastic success of Armand de Brignac and admiring their ability to challenge some of the rules of the Champagne category,” he said.

Jay-Z, quoted in the statement, said “it is a partnership that has felt familiar the entire time”, adding he is confident that “the sheer power of the Moet Hennessy global distribution framework, its unparalleled portfolio strength and its long-established track record of excellence in developing luxury brands will give Armand de Brignac the commercial power it needs to grow and flourish even further”.

According to the New York Times, the deal was originally discussed in 2019 when Jay-Z hosted a lunch at his house for Bernard Arnault, LVMH’s founder and chairman, and Alexandre Arnault.

Talking about the new deal on CNBC’s “Squawk Box” on Monday, Jay-Z said he started having conversations about a deal with LVMH in 2019. “It just started out in a place of respect and built from there pretty quickly,” he said.

Congratulating her son-in-law on her personal Instagram page on the new multi-dollar deal, Tina Lawson wrote:

This is a love letter to my son-in-law Shawn Carter. The reason why I was led to write this was that recently at the Super Bowl we witnessed the national anthem America the Beautiful and the halftime entertainment all being super talented black people !!! Everyone was psyched about it ! Each person that performed Jazmine Sullivan, Her, and the Weekend all slaying their performances and making Black Excellence shine and us all proud. I could not help but remember when J took on being in charge of the Entertainment at the Super Bowl and saying that things would never change unless we had someone on the inside that could make decisions .

Someone at the top. I read all the horrible things people said calling him a sellout and hating on him big time. But he kept it moving because every person who has affected change has been criticized and dogged by their peers.

One thing that I’ve noticed about Jay is that he doesn’t let what people say bully him into not doing the things that he knows are right. But after the Last Super Bowl, I did not read one comment by one person that said that they were pleased that he didn’t listen to the noise and he kept it moving and that he was able to get three talented black people to dominate this year’s Super Bowl why is that? It took a lot of guts and a lot of his money blood sweat and tears to start Tidal Tidal has the best sound around and is an excellent streaming service. I really try to support every Black business but so many would rather support Apple.

One day I claim that we will stop being crabs in a barrel. We will support each other. There is room for everyone. But today Jay I salute you and your Latest venture in selling 50% of your Champagne Co to LVMH. You are a badass brother and I hope that you continue to pave the way for others as you have in the past !! And I have seen such extreme kindness and generosity so many times that people don’t even know anything about it! You are a true man who has admitted publicly when you’ve made mistakes in a very brave and classy way! You have in turn influenced the Culture of Young Black Men. You are a Bad Ass brother. I love you so much!!❤️