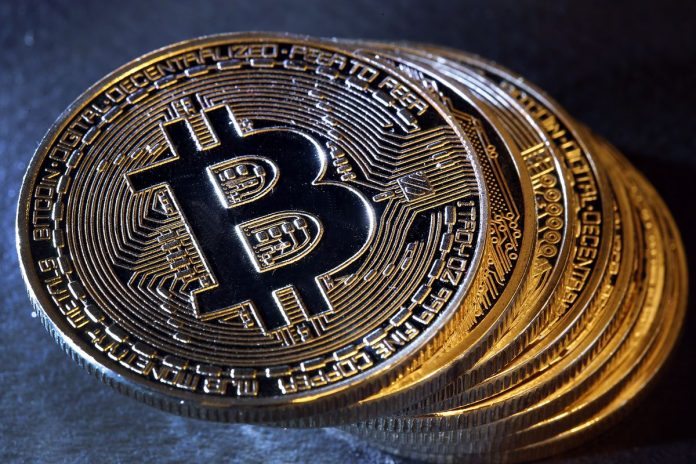 Economist and Dean of the University of Cape Coast Business School, Prof. John Gatsi, has urged regulatory bodies – the central bank (BoG) as well as the Securities and Exchange Commission (SEC) – to as a matter of extreme urgency step-up measures for the regulation of blockchain-backed cryptocurrencies.

He argued that Ghana is not insulated from the significant developments in the cryptocurrency landscape; as such, it would be imprudent for the key stakeholders to adopt a nonchalant attitude now and begin to scurry for regularisation when the impact is clearly felt locally.

Calling for a clear cryptocurrency regulatory regime for the alternative asset class, Prof. Gatsi reasoned that the effect will be two-fold; on the one hand, protect potential investors from investing in assets that have no regulatory backing; and on the other, harness whatever potential benefits there are to gain from its regularisation

“Investors need to be educated to see that the burden, risk, bane and fallout from investing in a non-regulated asset is theirs alone. It is important that BoG and other regulatory bodies provide definite frameworks to give the confidence of participation, as investors should not be participating in an unregulated asset,” he said in an interview with the B&FT.

“We all know that the whole world is going through digitization, with some ahead of others. We ourselves are touting the era of digitization, and the implication is that there will be much more interest in virtual currencies, transactions and exchanges; we should therefore rise to the occasion by providing protection and curbing fraud.”

He added that since there is an uneasy calm following the financial sector clean-up, it would be judicious for concrete measures to be put in place to avert high-level, wide-scale scandals of a financial nature – and stated that sensitization on red flags to look out for when investing must be heightened.

While Prof. Gatsi believes that cryptocurrencies are a possible tool for money-laundering, he argues that it might be unfair to treat them solely as a medium for criminal activities – stating that for all tools of exchange, regulation – and more importantly, its implementation – is the most significant factor in curbing the illicit flow of funds.

However, a cybersecurity analyst who did not want to be identified stated that from the data he interacts with, contrary to widely-held beliefs, cryptocurrency usage in the country is relatively quite high.

He added that while it is used for a plethora of activities, there are reasonable grounds to believe that some elements are using it for the illicit flow of funds – which could have a bearing on the nation’s recent anti-money laundering (AML) and counter-terrorist financing (CTF) gains.

He, therefore, added his voice for clear-cut regulations, stating that in the current dispensation, “cryptocurrency trade in the country cannot be called illegal; it is unregulated”.

“The Bank of Ghana has taken notice of recent developments in the use, holding and trading of virtual or digital currencies (also known as cryptocurrencies), such as Bitcoin, in Ghana. The Bank of Ghana wishes to notify the general public that these activities in digital currency are currently not licensed under the Payments System Act 2003 (Act 662),” the statement reads.

It proceeds to outline measures being taken by the Bank to ensure regulation before adding: “While the Bank of Ghana acknowledges the enormous potential in the block-chain technology and how that can significantly transform the payments system landscape and promote financial inclusion, we are assessing with stakeholders and other international partners how the subsequent use of the block-chain technology into digital currencies would fit into the global financial and payments architecture.

“The public is therefore strongly encouraged to do business with only institutions licensed by the Bank of Ghana, to ensure that such transactions fall under our regulatory purview.”

In the three years which have elapsed since the issuance of that statement, measures appear to be proceeding at snail’s pace locally – while developments are happening rapidly on the global stage.

Since turn of the year, recent developments in the cryptocurrency landscape globally have been in opposite directions – and that is to be expected for such a polarising asset class.

Closer home, Nigeria – the world’s second-largest Bitcoin market after the United States – has banned the trading of cryptocurrencies.  Nigeria’s central bank, CBN, instructed commercial banks and other financial institutions to close accounts involved in transactions with cryptocurrency exchanges – citing money laundering and terrorism-financing as reasons for the move.

This caused widespread public condemnation with accusations of excessive high-handedness, and the swiftness of the move gives foreign investors reason to question how policies with far-reaching implications can be announced and implemented so swiftly.

In India, the government recently announced plans to introduce a law banning trade in all cryptocurrencies – except for those issued by the government itself. On the other side of the aisle, particularly in the West, large corporations are getting behind cryptocurrency.

Mastercard recently announced that it will be bringing support to cryptocurrencies, albeit ones that meet certain criteria – including stability, privacy, and compliance with money laundering laws.

Tesla, owned by the world’s richest man, Elon Musk – himself an advocate for cryptocurrencies, recently announced that it has bought US$1.5billion worth of Bitcoin, with the company adding that it will start accepting Bitcoin as a payment method for its products.

Furthermore, the world’s largest asset manager, Blackrock, announced last week that it has “started to dabble” in cryptocurrency, specifically Bitcoin.

This has seen the most popular cryptocurrency appreciate exponentially in value, by more than 1,100% from the corresponding period last year; with the rally resulting in an All-Time Hgh (ATH), as it crossed the US$50,000 value threshold for the first time this month. The surge has not been limited to Bitcoin, as Ethereum – the second-largest cryptocurrency by market capitalization and volume has also seen significant appreciation in value.