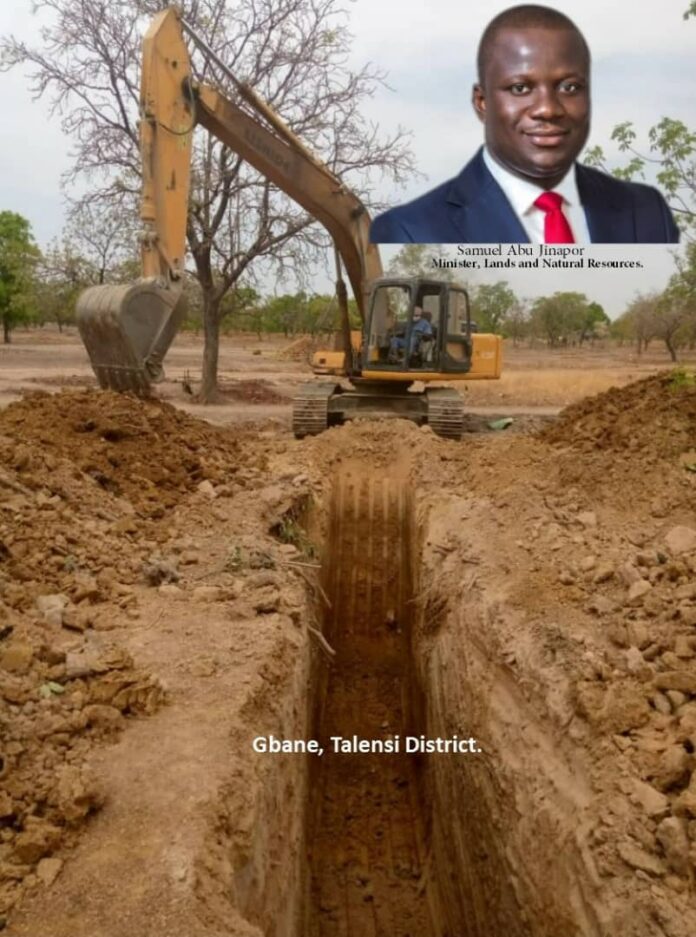 A group calling itself the Concerned Youth and Opinion Leaders of Gbane for Peace and Development has lodged a complaint with the Minister for Lands and Natural Resources, Samuel Abu Jinapor, against the Shaanxi Mining Company Ltd for allegedly turning a piece of land meant for residential purposes into a mining site.

The group says the Chinese company, which has renamed itself as Earl International Group (Ghana) Gold Limited, acquired the 71.16 acres in 2013 in Talensi a district in the Upper East Region, to put up dwelling structures and to keep mining machines there but rather has been mining for gold on the property since that year.

The alleged re-designation of the land, according to the group, is “fraudulent” and is “bound to bring conflict” in the district.

“We think this is fraudulent. The purpose of the lease of the 71.16 acres was frankly meant for residential occupancy and keeping of earth-moving equipment; so, in the event of changing the residential lease into mining concession, we think the community needs to renegotiate and to agree on their mode of operations. All attempts to get the management of Shaanxi also known as Earl International Group (Ghana) Gold Limited to resolve matters arising following their wrongful occupancy of our land have proven futile.

“Again, the same Chinese company, which came to Gbane through Yenyeya and Pubortaaba mining groups as a support service company, has metamorphosed itself into a small-scale mining company, which we think is deceitful. Furthermore, this same Chinese company, led by Mr Xing Wie, in 2019 acquired 17km² stretch of land which includes the initial residential area lands it acquired through the Lands Commission as a large-scale mining area,” the group stated in a petition lodged with the minister.

Some 45 men, says the group, have been lost to what it describes as reckless operations on the part of the Chinese firm in the area.

The group warns that the district is on the verge of experiencing a conflict as a result of the company purportedly converting the residential land into a mining field without recourse to the members of the community and entreats the sector minister to intervene without delay.

“We are not against responsible mining in our area but per our experience from our encounters with them over the past years, the Chinese company operates recklessly in our area with impunity. In the previous years, we have lost about 45 energetic men through their reckless and unsafe mining practices. In the most recent incident where we lost 16 young men, a report by the Minerals Commission indicates that their reckless operation caused the deaths of our brothers. So, we cannot continue to live with reckless miners such as this Chinese company.

“We plead with you to use your good offices to help to avoid an imminent conflict among some communities and the Chinese company by helping to differentiate between mining and residential areas in our communities. This is so because we believe that a land lease issued by the Lands Commission cannot be used for mining. Already, there are conflicts and litigations between licensed small-scale miners and the Chinese company, some of them pending in courts,” said the group.

The group, led by Tii-roug Zumah Yaro, is said to have also attached some documents to the petition for the minister to study on the matter. Copies of the petition are said to have been dispatched to other relevant stakeholders.