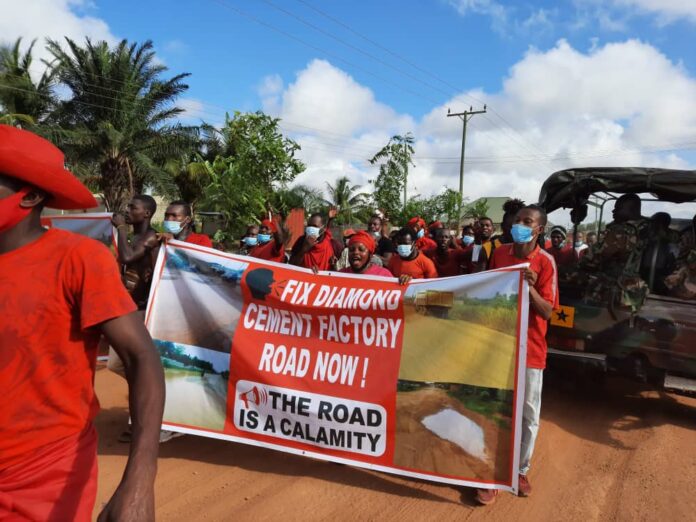 Youth in Aflao in the Ketu South Municipality of the Volta region has called for urgent action from the government towards the construction of the Diamond Cement road.

The about 3.5km road which links the main Aflao township through the Diamond Cement factory to other communities including Duta, Agbawoeme, Akporkploe and several others along the Ghana-Togo border is in a very terrible state.

The road which has far deteriorated has developed deep gullies, making the road unmotorable when it rains.

The situation is no different without the rains as residents and road users alike are highly exposed to respiratory problems due to the dusty nature of the road.

Some residents who spoke to Starr News lament that successive governments have failed to pay attention to their plights despite the fact that trucks from the Diamond Cement factory – a company located along the stretch ply the road every second, making it one of the busiest roads in the region. 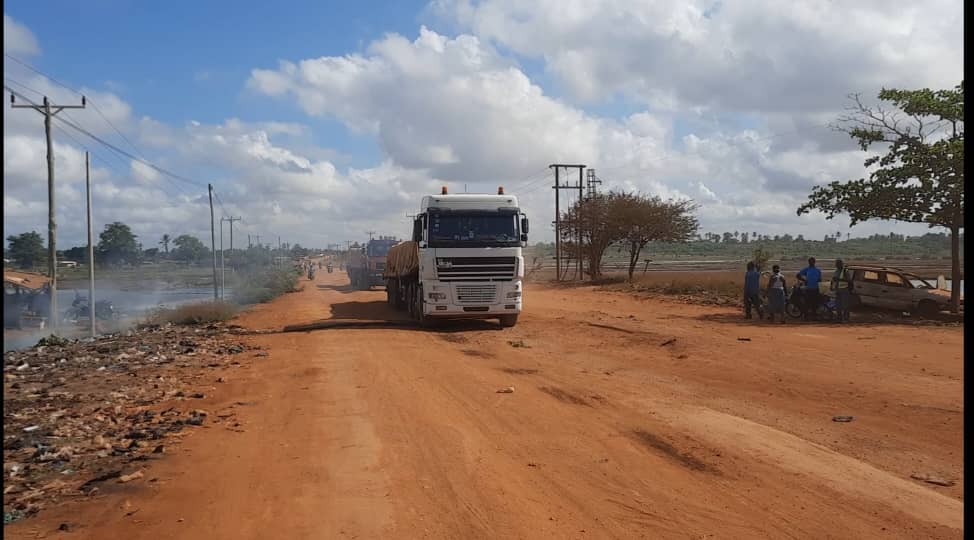 Cephas Amenyo – a resident said, “We can’t carry our wives to the hospital especially during an emergency, because by the time we get to the hospital, they suffer miscarriage due to the poor nature of the road. We need the government to turn attention to this road because it’s killing us.”

Another resident -Dela, with a seven months pregnancy said, “…[with tears dropping off her cheeks] I fear for my health and that of my unborn child because this is the road I use every single day to and fro work. Sometimes, I get to work with all manner of body pains due to the potholes on the road. All we want is government to construct this road for us because the revenue they get from Diamond Cement could overpay the cost of work on this road.”

After several months of unheeded calls to stakeholders, the youth of Aflao on Tuesday took to the streets to demonstrate and demand immediate action from the government.

Clad in red, wielding placards and banners, the hundreds of protesters mounted roadblocks to draw the attention of government and authorities in Ketu South to their concerns. 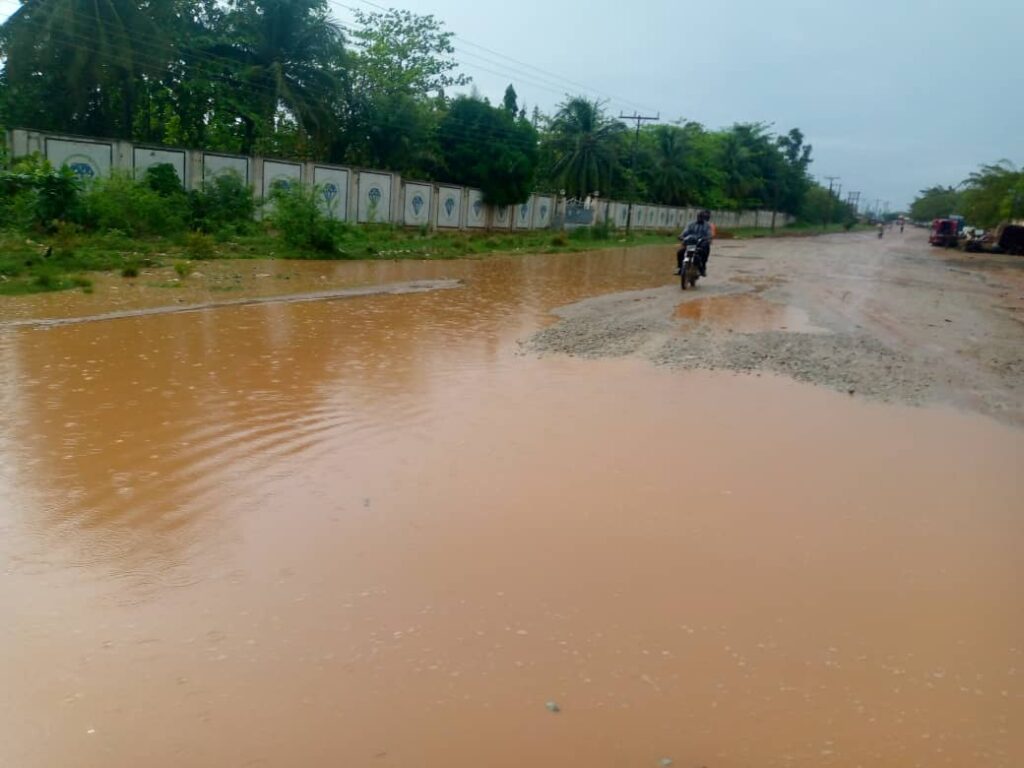 After about an hour walk, the protesters were met along the stretch by the Municipal Chief Executive for the Ketu South Municipality, Edem Elliot Agbenorwu, who received their petition on behalf of the government.

Presenting the petition, convener for the group, Eric Kumado noted the terrible nature of the Diamond cement road continue to negatively affect their health and socio-economic lives.

He said, “We have in the last three years been tormented and humiliated on this road and we wonder if we are human beings. When the sun shines, every human being using this road suffocates due to heavy pollution. There are several respiratory infection cases in our health facilities due to dust pollution on this road.”

“Mud is splashed on school children when it rains, some children out of frustration never reach their schools. Teachers using this road are also not spared. Motor riders on this road slip and get injured, maimed or killed,” he added.

He laments further that, “Nobody believes that a cement factory as big as Diamond Cement which pays tax will become a liability to the people. His Excellency, it sounds very awkward to have a company that pays tax to have a road that induces respiratory infections.”

Demands from the Aflao youth

According to the petition read, the Aflao youth a demanding that government comes to their rescue by tarring the Aflao police station to Diamond Cement factory road, and that, if the government is unable to do it, Diamond Cement Ghana Ltd should be granted tax reliefs to enable the company to construct the road.

The youth are also appealing to the government to also construct the Komla Dumor road which links to the Aflao township to the Aflao Community Day SHS and the palace of Torgbuiga Amenya Fiti.

Receiving the petition, the MCE, Edem Elliot Agbenorwu assured the aggrieved protesters that their petition would be forwarded to the relevant authorities for immediate action.

He further noted that the government in the past few months have begun processes towards the commencement of work on the road and hopes that work starts soon.

In March 2019, the then Chief Justice Sophia A.B Akuffo ordered the closure of the Aflao Circuit and District courts because according to her, the courthouses located on the Diamond Cement road operate in an ‘unsafe environment’ -as a result of the dust from the road which enters the courtrooms.

Following the closure of the courts, all cases before the courts were subsequently transferred to Keta and Agbozume a situation that significantly affected the work of the judiciary in the busy-business border town of Aflao.