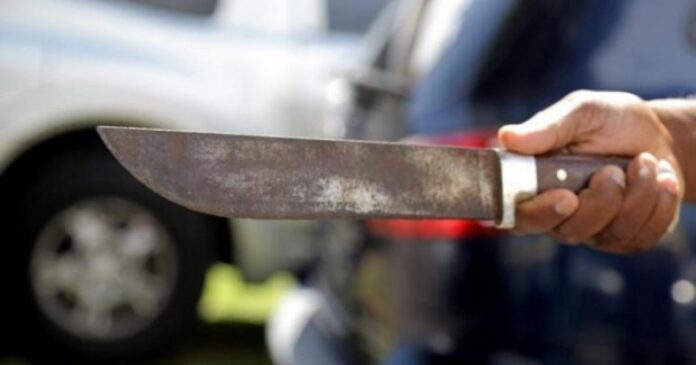 Ishmael Asiedu, a nurse with the Kwesimintsim Hospital in the Effia-Kwesimintsim Municipality of the Western region has allegedly inflicted severe cutlass wounds on his neighbour

A neighbour who was present at the incident said the wife of the victim identified as Nana Sarfowaa was demanding the keys to the water reservoir from Ishmael Asiedu but refused to release the said keys and attempted to beat Sarfowaa.  The victim who is Sarfowaa’s husband in a bid to save the wife from being beaten rather in the end suffered severe cutlass wounds on the head.

When contacted on phone by Empire News’ Emmanuel Ohene-Gyan Kwesimintsim police commander Supt Lennox Aidoo said the suspect has been charged and will be arraigned before a competent court of jurisdiction on Wednesday, May 18th, 2021.