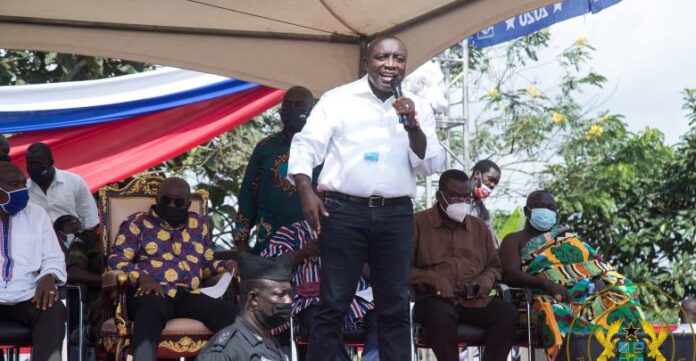 Kwabena Agyapong has been under indefinite suspension for almost 6 years.

Per his reinstatement, Agyapong has automatically restored his membership of the party’s NEC, Steering Committee, and the National Council according to the party’s constitution.

The National Executive Committee (NEC) of NPP in September 2015 upheld the decision of the Disciplinary Committee to suspend indefinitely the National Chairman, Paul Afoko; 2nd Vice Charman, Sammy Crabbe; and the General Secretary, Kwabena Agyapong for working against the interest of the party in the run-up to the 2016 elections.

Dissatisfied with the decision, Messrs Afoko and Crabbe filed a suit over their suspension, but both suits were thrown out by the court.

However, there have been appeals for Kwabena Agyapong’s reinstatement over the years from key party members who argued that he is an indispensable asset to the NPP.

Agyapong joined Nana Addo’s campaign in 16 regions of the country during the 2020 election campaign.