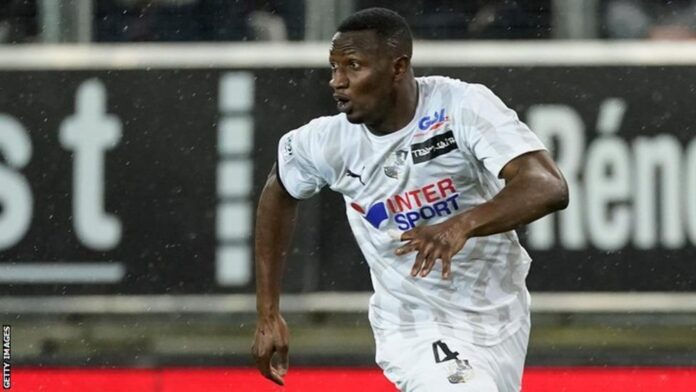 Tunisia’s Club Africain has been issued with a transfer ban by Fifa after failing to pay former player Nicholas Opoku.

The Ghana international, currently on loan at French Ligue 2 side Amiens from Italy’s Udinese, joined the 13-time Tunisian champions in August 2017 and terminated his contract in June 2018 after a repeated failure to be paid.

Last month, the Court of Arbitration for Sport ruled that the Tunisian side must pay the 23-year-old US$279,500 – with $117,000 of that relating to outstanding salaries, $100,000 as compensation for breach of contract with the rest covering interest and legal fees.

“Fifa can confirm that a ban from registering new players internationally has been imposed on Club Africain in relation to this matter,” a Fifa spokesperson told BBC Sport Africa.

“The ban will come into force at the beginning of the next registration period.”

Club Africain will be able to register players again if they settle their dues with Opoku, who has enjoyed a fine season in France.

In its findings, Cas ruled that the former African champions had failed to pay Opoku’s salary on time, had imposed a ‘disproportionate fine’ on the player while also not replying to any of his requests for payment.

“The Club … used the situation of unbalance to conclude the transfer agreement with Udinese … despite the fact that the player had unilaterally terminated the contract,” wrote CAS, sport’s highest legal body.

“Despite Udinese’s payment of USD$960,000, the club did not pay the player’s outstanding salaries.”

Club Africain avoided relegation when the Tunisian season ended on Wednesday, winning 1-0 at Stade to condemn their rivals to the second division.

A victory for the home side – whose president described Club Africain’s match-winning penalty as a “blatant injustice” and “imaginary” – would have resulted in Club Africain suffering relegation for the first time.

In 2019, Club Africain had to rely on bail-outs from its fans – including a blind man who gave up the money he had been saving for medicine – who helped save the financially troubled club.