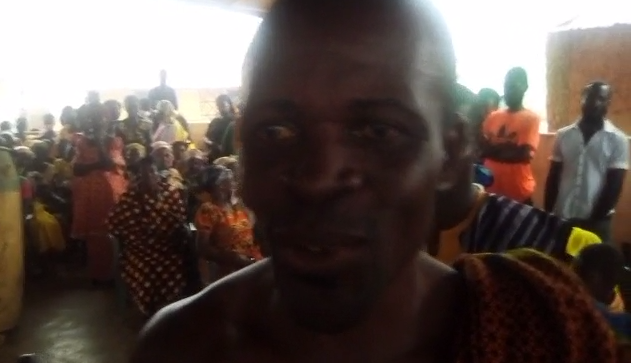 The chief and people of Ajumako Kwanyako in the Ajumako Enyan Essiam District of Central Region have called on President Akufo-Addo not to retain DCE for the area Ransford Kwasi Nyarkoh.

They have described his performance in the last term as abysmal and deceitful.

The Abusuabaatan of Ajumako Kwanyako and spokesperson for the Chiefs Sofo Abraham told Kasapa FM’s central regional correspondent Yaw Boagyan that the DCE was not helping them at all.

He said, ever since Emmanuel Ransford Kwasi Nyarkoh became DCE, he has not set his eye on a community but sends his aides sometimes to deliver bulbs.

“To come to the Community to see the problems we are facing has become a problem to him,” he lamented.

“If he [Akufo-Addo] appoints Ransford, we will advise ourselves. He doesn’t think about us because we are living in the village. But when it reaches political season, he sees that we are important to him. Meanwhile, our vote also counts.”

The spokesperson for the concerned youth of Ajumako Kwanyako Paa Kwabena also expressed his displeasure about the MCE’s denial of knowledge of clinic in the community because “he doesn’t want to expand it.”

He cautioned the MCE and his party people against coming to the community to campaign if their roads are not fixed.

Kwabena added that one of the NPP chairmen in the area Brother Nkoom has tried has everything possible to inform them about their problems but the DCE refused to respond to him.

He said, due to the change of government, the community nursing school which one of their members is building has been stopped.