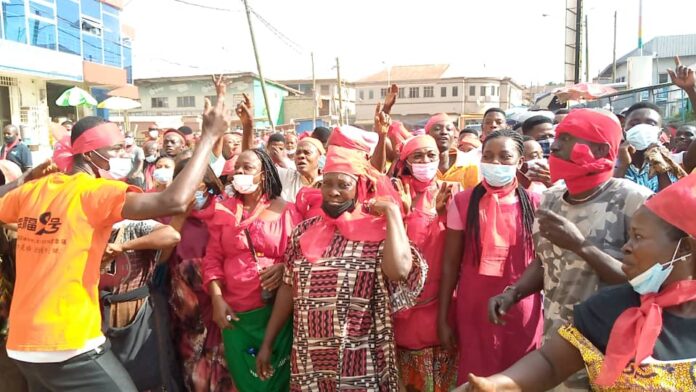 Traders at the Asafo Market in the Kumasi Metropolis of the Ashanti region on Monday, June 28, protested over the continuous flooding of the market.

The market within a week has suffered two major flooding after the region experienced two major downpours claiming at least seven lives.

The aggrieved traders wore red armed band and closed their shops to demonstrate.

The angry traders told Starr News that their wares worth thousands of Ghana cedis were destroyed by the floodwaters in last weeks rains.

The traders accused a contractor responsible for the building of shops around the market of blocking waterways, leading to the flooding of the market.

They said they have channelled their grievances to the KMA authorities but nothing has been done.

They, therefore, threatened not to pay taxes to the Kumasi Metropolitan Assembly if nothing is done about the flooding of the market.