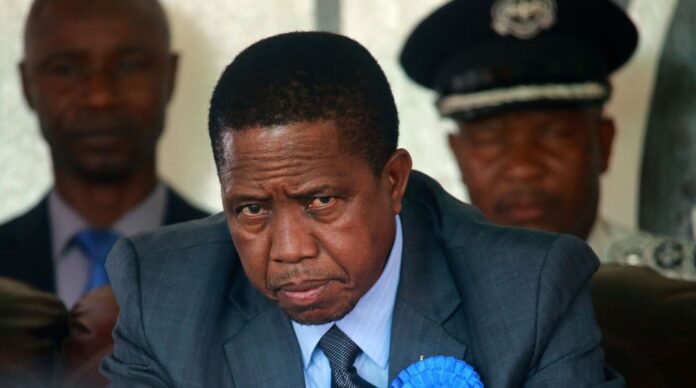 The president of Zambia Edgar Lungu fainted on Sunday during the country’s televised official annual ceremony for the National Defence Forces Day — which was immediately interrupted following the incident.

The 64-year-old head of state — who is running for re-election in August, suffers from the rare disease achalasia.

The condition affects the oesophagus and causes hypoglycaemic attacks.

Lungu had previously taken ill in and been hospitalised in 2015.

Nevertheless, Zambia’s leader has since recovered and continues to perform his duties — as per the official statement issued by the presidency.

Edgar Lungu first took office in 2015 and was maintained his powerful position in a disputed election the year after.

His official bid to partake in this year’s presidential race has been met with controversy.

The main opposition figure, Hakainde Hichilema of the United Party for National Development (UPND), will once again be his opponent.

Zambia, which has enjoyed relative stability since its first multi-party election in 1991, will vote on 12 August in presidential and parliamentary elections.

The small, landlocked southern African country of 17 million people is in deep financial trouble and officially in default. Its external debt is estimated at nearly 10 billion euros — half of which is held by private creditors.

This debt issue and the economic difficulties that plague the country are expected to dominate the upcoming elections.