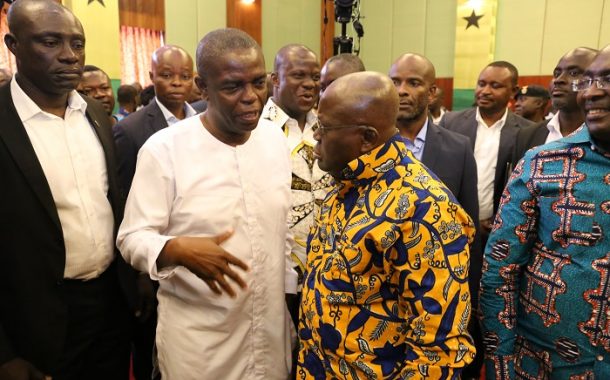 President Akufo-Addo is expected to begin series of engagements with some public interest groups beginning with the media on Thursday, July 8,2021.

Information Minister Kojo Oppong Nkrumah disclosed this in an interview with Ghone TV a while ago in Accra.

Last week, the President accepted the request from the Ghana Journalists Association to honour four previous journalists of the year with vehicles who till date have not received any reward for their award.

President Akufo-Addo donated a made in Ghana VW sedan for the 2019 Journalist of the Year and said he felt that if the previous winners also get some, it would bring equity.

The President made the promise when the leadership of the Ghana Journalists Association (GJA) led by its President, Roland Mr Affail Monney and some previous journalists of the years paid a courtesy call on him the Jubilee House on Monday.

President Akufo-Addo said in so far as the current winner has got it, I think there is a need to have this certain equity in seeing to it that the past winners also get, noting that “I think very soon we will make sure that the four past winners which are on my lists are also duly honoured”.