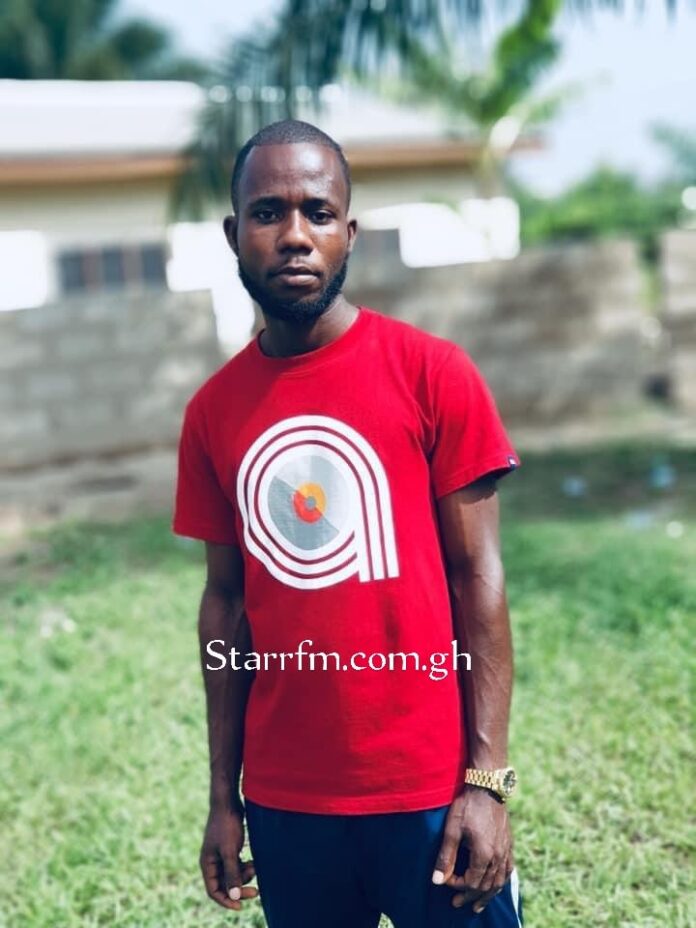 A teacher has allegedly committed suicide by hanging himself with a piece of cloth at Tinkong in Akuapem North Municipality in the Eastern Region.

The body of the deceased identified as John Atta Asamoah Duodu (a twin) alias ” O-Level ” has been conveyed by the Adawso police to the morgue for preservation and autopsy.

The deceased did not leave behind any note stating reasons for his action. However, Starr News has gathered that he was allegedly deceived to take a loan to invest in an online network marketing business which turned out to be a scam.

His brother Benjamin Boateng told Starr News “apart from the fact that he complained that he only takes home ghc500 after deduction of his loan. He was hallucinating too so it seems there were evil forces haunting him”.

Samuel Abokyi Assembly Member for Tinkong Electoral Area told Starr News
“it is true. Yesterday we had a big funeral at Tinkong while at the funeral we had information that someone has committed suicide later the police called me that the family had reported so I went there and the body was conveyed to morgue. He hanged himself with a piece of cloth in a room”.