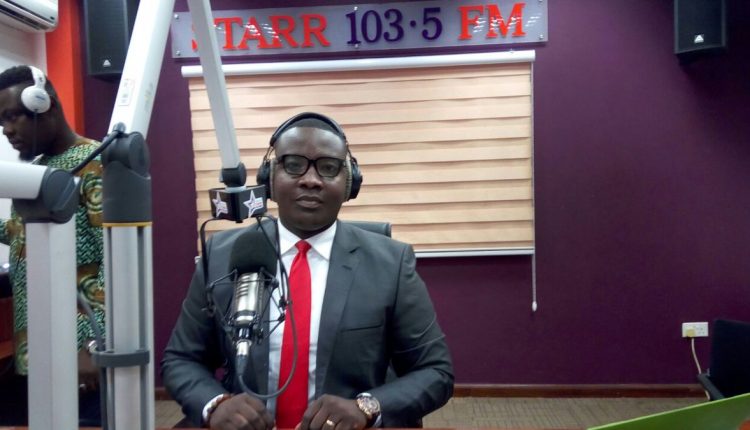 I hope this letter finds you and with dispatch.

The entire nation has been gripped with the events at Ejura Sekyere Odumase.

Blood has been spilt.

Stones have been hurled by angry youth. Bullets have been fired by soldiers.

Families have seen their loved ones badly injured and some will see their relatives no more.

Often when such an issue comes up, the lives and casualties get lost in numbers.

But they are citizens.

You may have been briefed as to who they are but I will also want to inform you as a citizen.

The police after being chased from the community on Tuesday by angry youth who were on their way to bury Kaaka, the soldiers arrived in pickups, walked towards the crowd and started firing. Immediately the crowd began to disperse with some running to seek shelter in nearby houses.

Then the soldiers started firing into the crowd. One knelt, took aim and fired.

Two persons have died as a result of the shooting.

The first victim, Abdul Nasir Yussif, aged 25 was shot in the left shoulder and chest.

He is said to have had internal bleeding in the chest and died before arriving at the hospital.

He was a farmer and a travelling agent.

The second victim, Muntala Mohammed, aged 26 was shot in the back through to the chest.

He arrived at the Ejura Hospital with a severe chest injury and internal bleeding.

He was resuscitated and transfused (with blood) but still passed away 10 minutes after arrival at the medical facility. He is said to have been a motor dealer.

Some also got injured.

According to available information, the first person sustained severe injuries on the thigh – the femur bone got completely fractured.

Sources say he had multiple deep laceration on the thigh with bleeding into the thigh muscles.

He was given blood on arrival.

The second person had an injury on the right abdomen which affected the right hip bone. He was also given blood before going unconscious.

The third and fourth persons both sustained injuries on the thigh and are said to be stable.

While we await the outcome of the police investigations and your directive for a public inquiry, fellow Ghanaians expect more from you.

We expect you to show empathy.

It’s possible that you are pained or sad about what’s happened in Ejura but Ghanaians have not seen that.

I’m sure your social media team may have realised the outpoor of disappointment in your silence in posting personally on this sad incident.

If you’re wondering why they will be disappointed, I’d tell you.

Because when the Notre Dame cathedral in Paris France caught fire, you showed us how you felt about it in a tweet.

When George Floyd died after a police officer choked him with the knee, you showed how you felt in a tweet.

When the #EndSARS protests happened in Nigeria, you expressed your feelings about it via a tweet.

So when 3 Ghanaian citizens got killed in Ghana this week, we expect this to mean more to you and show how you feel.

As the father of the nation and our senior citizen, we expect you to mourn with us, show us your tears while taking action to bring the perpetrators to book.

When you don’t, it sends a message that Ghanaian lives don’t matter as much to you.

I don’t want to believe that’s the reality.

So Mr President, all Ghanaians want to hear you.

The Information Minister Kojo Oppong Nkrumah spoke on your behalf on this matter on Wednesday.

A statement by the Director of Communications at your office also issued a statement on the directive and indicated your sadness too.

But addressing the nation on this matter to tell us how you feel about all of this in a video broadcast is not too much to ask.

Imagine what each family member for Kaaka who was a member of your party, Abdul Nasir Yussif, Muntala Mohammed, and those on the hospital beds getting treatment and the many distraught citizens will feel seeing you speak to their hearts.

Also Mr. President, every bullet fired in Ejura SekyereOdumase which has killed and injured Ghanaian citizens must be accounted for.

We expect that the soldier caught on camera kneeling and shooting into the crowd like a training practice must be identified and punished.

There is palpable apprehension that the public inquiry will end up like the outcome of the Short Commission report as regards the Ayawaso West Wuogon by election violence.

Prove the skeptics wrong by implementing the recommendations of the committee’s work.

Mr. President how this issue ends will form part of your legacy when your tenure ends on the night 6th January 2024.

Mr. President, 29th June 2021 is a day we will never forget and the only way the pain of this day will be assuaged is when is done and justice is seen to be done.

On this matter, we will all watch keenly to see what the outcome will be as spectators and also fully express our rights and responsibilities as citizens.

I thank you for your attention.

And that will be it for State of Affairs.

I am Francis Abban.