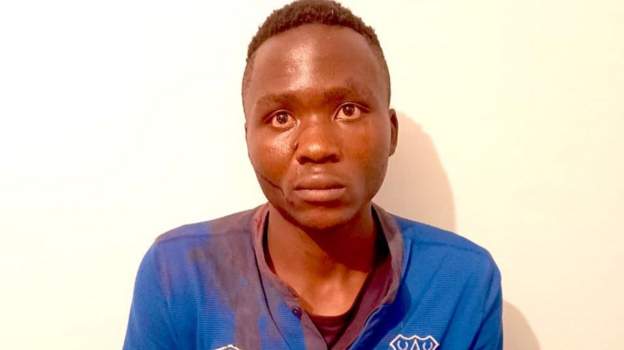 Masten Milimo Wanjala, 20, was arrested on Wednesday after investigations into the recent killings of two children.

The children’s bodies were found dumped in Kabete area near the capital Nairobi.

Wanjala confessed to killing the two children and nine others aged between 12 and 13 and detailed his crime scenes to investigators.

Police are following leads to recover the bodies of the other children.

The killing of one of the children named in the confession sparked protests in Kamukuywa area in western Kenya. Residents torched the house of a person they suspected had killed the boy.

The suspect will now be charged for all the murders.