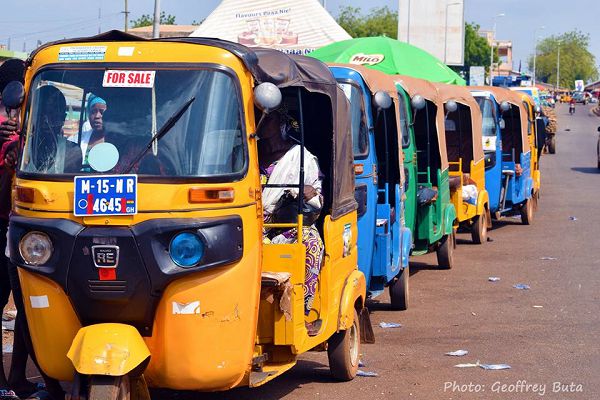 Motorcycles and motorized tricycles are killing more passengers than commercial vehicles, in the Easters region, the regional Motor Traffic and Transport Department (MTTD) has revealed.

Out of the total 342 passengers killed in the region from January to July,130 persons were killed by 345 crashes which involved motorcycles and motorized tricycles popularly known as Pragia as against 108 passengers killed in 627 accidents cases involved commercial vehicles during the same period

The Eastern Regional Commanding officer of MTTD Chief Superintendent Stephen Ahiatafu made his known during a stakeholders engagement organized by YMCA for about 400 motorized tricycle riders in Koforidua.

“So, if you look at this second quarter, motorcycles and Pragia, they killed more than commercial vehicles. If you look at July alone we recorded 29 fatalities, serious accidents 31, minor accidents 54, the commercial vehicles involved in the accidents were 71 and 14 people were killed. Then 71 private vehicles were involved, then they also killed 7. Motorcycle and Pragia 43 were involved and they killed 15. So July again motorcycles and Pragia they are leading again” Chief Superintendent Stephen Ahiatafu said.

He said the situation is alarming hence a policy direction is urgently required.

“So, it has become a national issue because the law is very clear section 1(28) of the LI 21/80 regulation 2021 is very clear that this motorcycles and tricycles should not be used for commercial purposes and even those who are being carried onboard have also committed an offense so it is a national issue we are waiting for what authorities will say but seriously they are causing a lot of fatalities. The way things are going I think there is the need for us to do something so definitely we will go after them”. 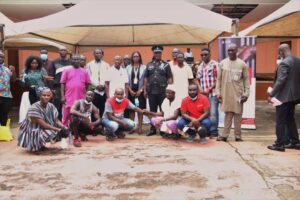 The Chairman of the Pragia Riders Association in the Eastern Region Kisimo Osmanu blamed the high rate of accidents among the riders to unqualified riders mostly minors hired by owners to operate for them.

He said, commercial operation of motorized tricycles is providing job opportunities for thousands of unemployed youth, therefore, must be legalized and sanitized for safe operation.

The Eastern Regional Director of YMCA, Daniel Ofosu stated that the objective of the program was to facilitate stakeholders with the riders to discus ways to imbibe discipline among he riders in respect of road Safety regulations to curb the harm being caused by their Operation.

On his part, the Eastern Regional Director of the National Road Safety Authority Dennis Yeribu said even though the commercial operation of Pragia tricycles is illegal operators must abide by rules and regulations of road safety to protect passengers they serve.