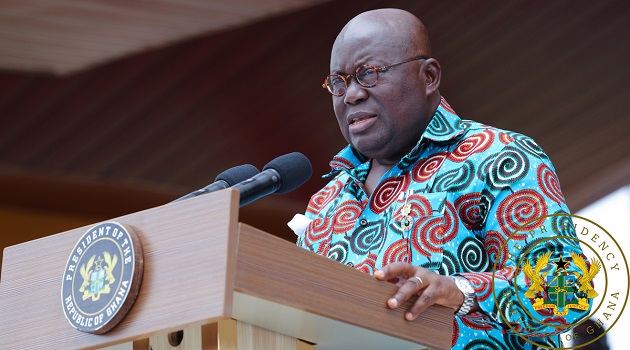 President  Akufo-Addo has reassured the Chiefs and people of the Oti region that his government is committed to constructing a bridge over River Oti.

The construction of a bridge over the Oti river remains a demand on top of government’s priority projects to be undertaken in the newly created Oti region.

The President who is currently on a two-day tour of the Volta and Oti regions told Chiefs from Dambai, Krachi and Nchumuru areas that he is committed to ensuring that the bridge is constructed in this last term of his administration before he leaves office.

He said, “Oti bridge, for the Oti bridge, I am determined, I made the promise and I am going to see to it that it is done. If you talk about legacy, I want the Oti bridge to be my legacy project.”

The project was captured in government’s recent mid-year budget review presented to Parliament by the Finance Minister, Ken Ofori-Attah.

President Akufo-Addo also urged the people of the region to continue to support government in its resolve to deliver on its mandate.

The Oti bridge when constructed would facilitate the transport of food and movement of people across the lake and would be an easy route that would connect the Northern region to the Southern part of the country through the Eastern corridor.

President Akufo-Addo would today commence day two of the tour from Hohoe where he would engage Chiefs of the Gbi and Alavanyo Traditional Areas, inspect ongoing projects at UHAS, Hohoe campus and would also commission a rural tech and solution centre.

He will later be in Anfoega and Ho later in the day as he brings the tour to a close.