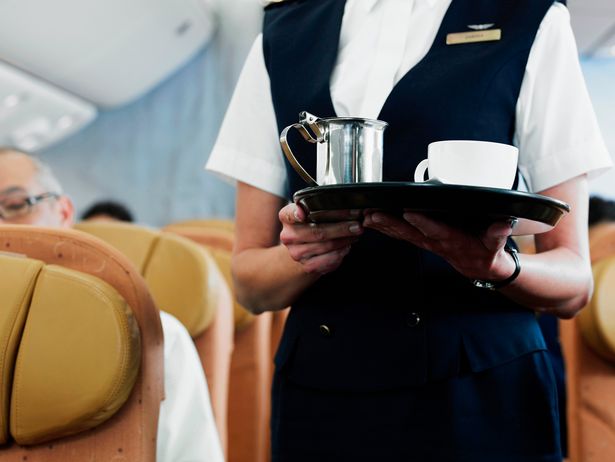 A prominent British footballer was reportedly caught having sex on a private jet by a flight attendant.

Lori, a flight attendant who has worked on private jets for decades, told The Daily Beast that more than once she bumped into the same well-known British footballer having sex on a plane.

The first time she met the popular sportsman, he asked if he could change his pants and promptly dropped them right in front of her.

Lori said: “He got butt-a** naked right there in front of me.”

Instead of squeezing into commercial airplane toilets with your partner, ignoring the glares of your fellow passengers, joining the mile-high club as a millionaire footballer is a considerably more comfortable affair.

The second time Lori bumped into the star was when he was with his wife.

The pair boarded a jet to London after a night out across the Atlantic Ocean in New York.

During the flight back, Lori had been about to enter the footballer’s cabin before a colleague stopped her.

They’re s***ging in the back.” Lori’s colleague said.

Lori told The Daily Beast: “I don’t think that’s inappropriate personally because they pay millions and millions of dollars.

“If I was them, and I was paying that amount of money, and I wanted to s**g my husband, I would do it.”

The footballer, who Lori refused to reveal the identity of, is not alone in his love of sky-high sex.

In 2018, a book by The Secret Footballer revealed how common romping on flights was, especially during pre-season tours.

They revealed that there were four air hostesses that a number of players kept the number of, with false names.

“They are known and admired by Premier League footballers up and down the country,” he writes.

“They are the Messi, Suarez, Neymar, and Ronaldo of their trade.”

Footballers are not the only ones getting in on all the action.

Joining the sky-high club is so common, not only is it sometimes a problem for commercial airlines, but some planes actively encourage customers to do so on board.

From £300 you can board planes to fulfil any dreams of joining the mile-high club.

US airline Flamingo Air offers couples’ packages in smaller private planes that can last anywhere between 40 minutes and an hour and a half.