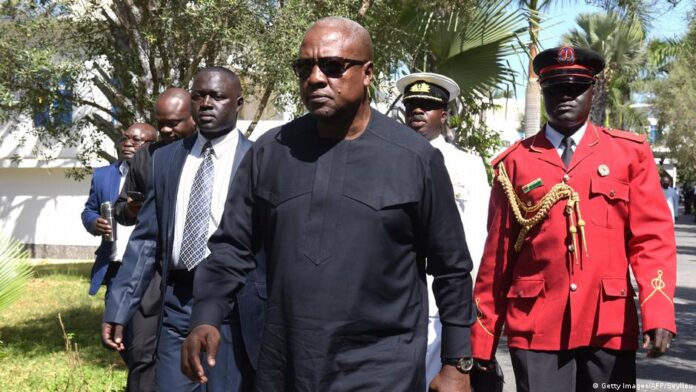 Renowned pollster and Managing Editor of the Daily Dispatch Newspaper, Ben Ephson, has described as unnecessary comments by former President John Mahama that the 2024 elections will be a ‘do or die affair’.

Mr Mahama on Tuesday served notice that the National Democratic Congress (NDC) will not take chances with the 2024 elections insisting polling stations will be “do or die” affair.

According to the 2020 flagbearer of the opposition party, the electoral commission deliberately took measures to ensure that President Akufo-Addo and the NPP won the 2020 elections.

“It is said that you learn lessons from things that happen so we have also learned from 2020. The elections will be won or lost at the polling station. The polling station will be do or die affair. I haven’t said all die be die, it will be do or die at the polling station, in 2024 that is where we will win the election. We will be doing everything to ensure that the election is free and fair. We don’t want to cheat the NPP and we also don’t want them to cheat us. We just want the will of the people to prevail,” Mr Mahama who is on his Thank you tour told Akan FM in the Bono East region Tuesday.

But in a reaction on the Morning Starr on Wednesday, Mr Ephson said the former President Mahama does not need to make such utterances which can be misinterpreted by some party members that could lead to violence in the 2024 elections.

“It’s unnecessary…Mahama doesn’t need to make such statements to be popular. I don’t think he’ll apologize but he has to find a way to water down the implications because Akufo-Addo’s all die be die comment hurt him in the minds of Ghanaians…If you look at all these instances, the base of the party they led was down. So these things are done to ginger them. It’s like going to war.”