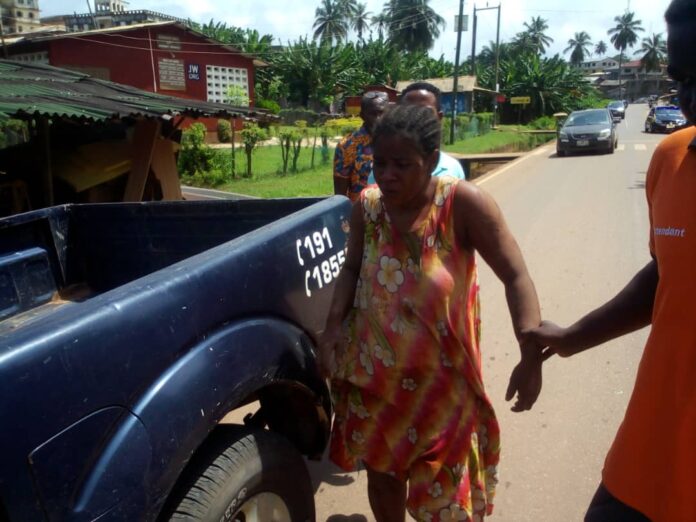 According to the Minister, doctors who are providing health support to her say she was not pregnant.

“The BNI sent a report yesterday that the missing lady had been found and she’s at the Axim hospital and the police personnel is still there, the medical doctor is taking care of her. From the preliminary investigations, they suspect that this whole story was fake and the medical doctor who has even looked at her has seen that she wasn’t pregnant and has never been pregnant,” the Minister told Kumasi-based Kessben FM on Wednesday.

He added: “And he’s seen that this information has been bundled around for a long time. That’s the immediate information we have right now. That’s the information my security people have brought to me. What I’ve asked is that the husband and wife should be investigated because it’s weird that you can be staying with your wife who’s supposed to have been pregnant for 9 months and all of a sudden everybody finds out she’s not pregnant”.

Meanwhile, Michael Simons, husband of Josephine Panyin Simons, the twenty-eight-year-old woman says his wife was found without the pregnancy.

Speaking on Takoradi based Empire Fm, he said his wife who herself is a twin was set to deliver before her sudden disappearance on September 16, 2021

He said his wife as of now cannot talk but could only write or sign.