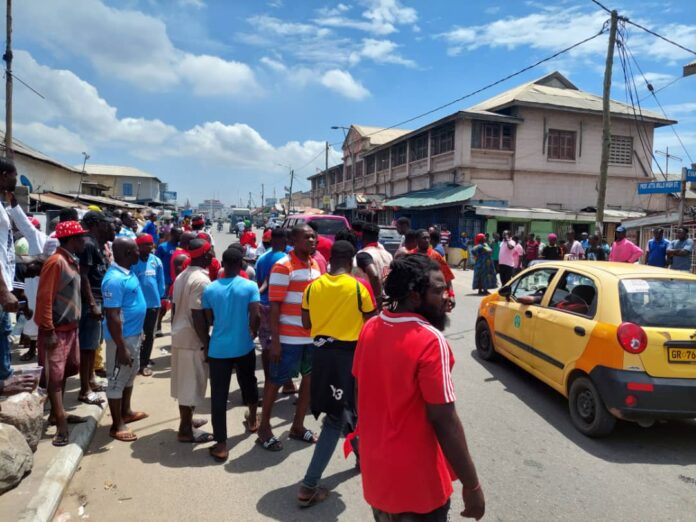 The Police have arrested four persons for allegedly causing public disorder at Jamestown in Accra.

They were protesting the reported replacement of Accra Mayor, Mohammed Nii Adjei Sowah by President Akufo-Addo in the MMDCEs list scheduled for announcement today. 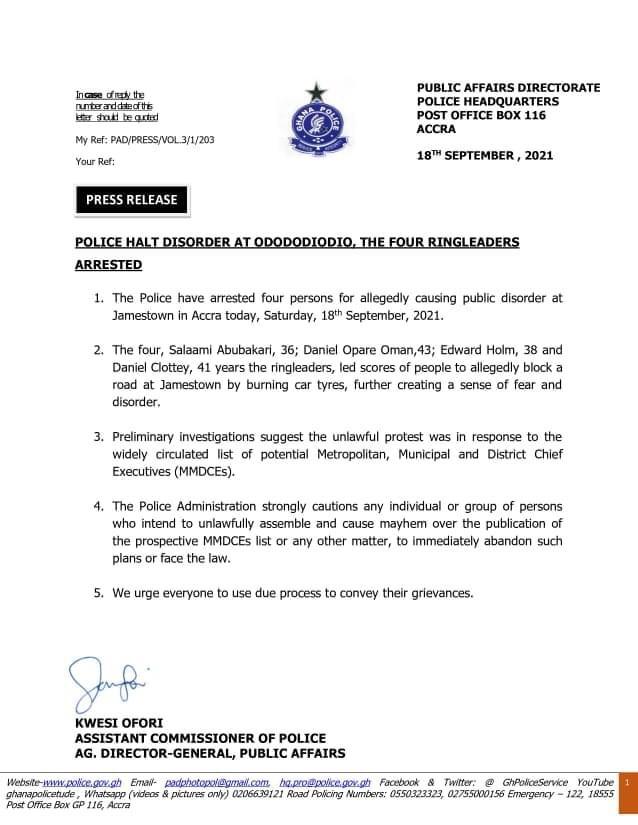 Meanwhile, there is escalating tension in Fanteakwa North District in Eastern Region as youth in the area are seething with anger as they sit on tenterhooks for the announcement of a District Chief Executive for the Area.

The youth who have held several press conferences and sent petitions against the renomination of the District Chief Executive, Charles Oware Tweneboah say, they remain resolute and will resist any attempt to impose the DCE on the District.

According to the angry youth, some Chiefs in Begoro have intensified their lobbying for the DCE to be retained for their selfish gains.

The youth from far and near are therefore mobilizing as they await the official announcement of President Akufo-Addo’s nominees for Metropolitan, Municipal, and District Chief Executive positions on Sunday, September 20,2021.

A statement issued by the youth group calling itself Begoro Youth Development Association on Saturday, September 19,2021 few hours to the announcement reminded President Akufo-Addo not to renominate the DCE accusing him of incompetence hence

“Begoro Youth Development Association would like to remind His Excellency Nana Addo Dankwa Akufo Addo on a petition to his noble Office dated 19th May, 2021 against renomination of Hon Charles Oware Tweneboah from the Youth in Begoro and Fanteakwa North at Large” the statement issued Signed by the Director of Operations Staph Ahmed said.