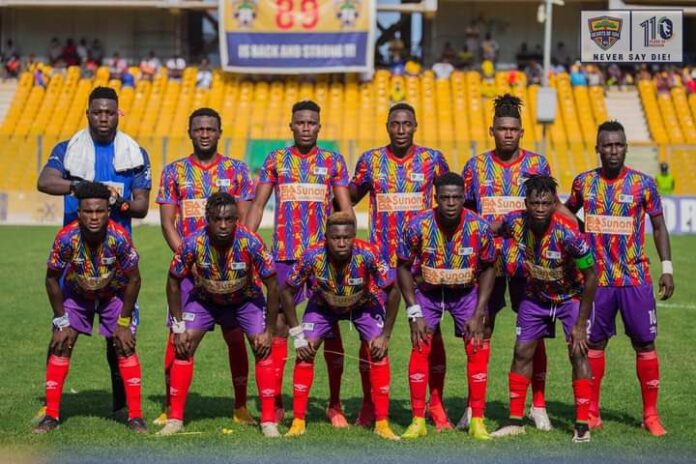 The Phobians were 1-0 winners at the Accra Sports Stadium in the first leg of the preliminary round of the CAF champions league but failed to qualify into the group stage after suffering a 6-1 defeat in the second leg to Wydad Atletic Club of Morocco on Sunday, October 24.

The Ghana premier league winners will however, have a lifeline in competing in the CAF Confederation Cup.

On the other hand, their new opponent JS Saoura beat ASAC Concorde of Mauritania in the preliminary rounds of the CAF Confederation cup to qualify to the final level of play offs.

The 2004 CAF Confederation Cup champions will host the Algerian side in the first leg on Sunday November 28 at the Accra Sports Stadium with the return leg scheduled to be played on December 5 in Algeria.