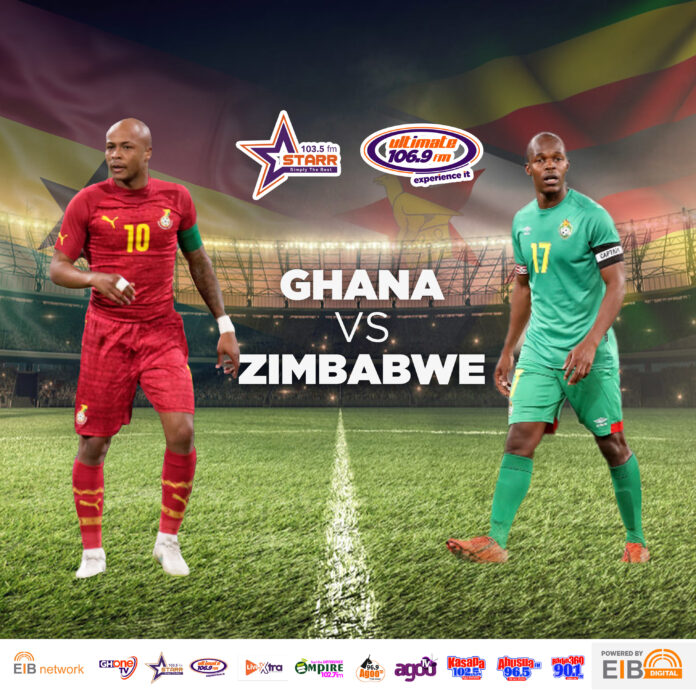 The senior national soccer team of Ghana, Black Stars of Ghana will continue their quest to qualify for the 2022 World Cup to be staged in Qatar when they lock horns with the Warriors of Zimbabwe today in Harare, Zimbabwe.

After an emphatic 3-1 home triumph over the same side last Saturday, the Black Stars will be willing to replicate their performance against Zimbabwe when the two nations trade tackles today.

The two nations have met on seven occasions, with Ghana recording four wins, a win for Zimbabwe with two games ending in draws.

The Warriors who are currently on an eight-game winless run, could lose out on the World Cup if they don’t win today against the Stars. They sit bottom on the log with just a point and remain the only team in Group G without a win.

A win for the quarter finalists in the 2010 World Cup in Harare today could catapult them to the top of Group G with nine points if the Bafana Bafana of South Africa drop points against the Wallias of Ethiopia.

Thomas Partey, Kudus Mohammed, and Kamaldeen Suleiman would all be available for selection while Knowledge Musona and the other warriors would be ready for battle. Takudzwa Chimwemwe and Gerald Takwara have been added to the squad. Tendayi Darikwa is out of the team attending to family matters in England.

The match would kickoff at 1pm today.