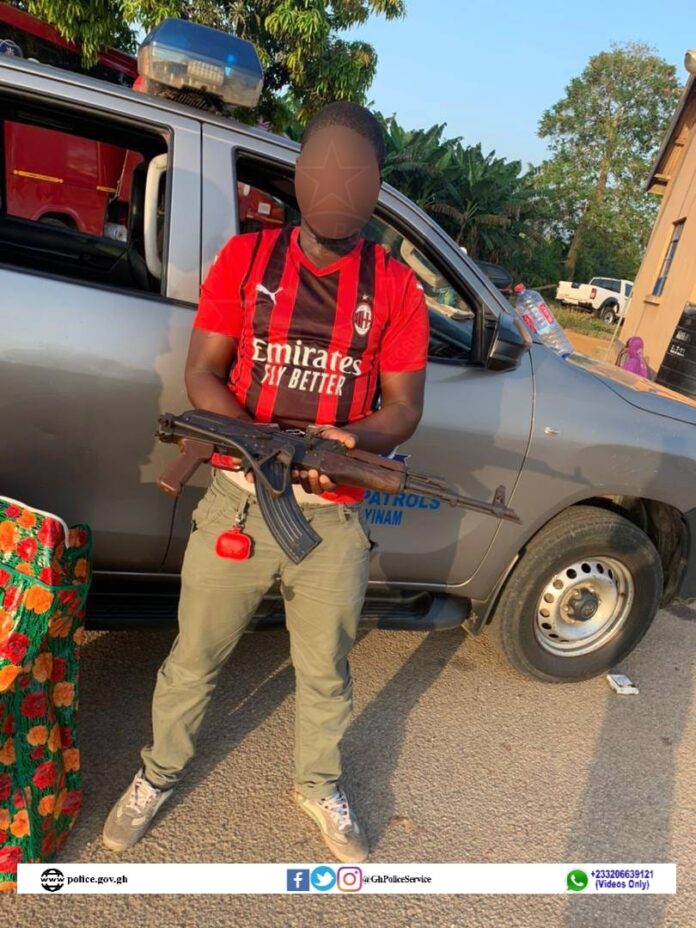 The Ghana Police Service has arrested six suspects for their involvement in an illegal AK 47 transaction.

The first suspect Alhassan Jamah according to a Police statement, was arrested near Osino by the National Operations Directorate Highway Patrol during a stop and search operation.

During the search, an AK 47 rifle with twelve rounds of ammunition was found hidden in his travelling bag on board an Accra-Bawku bound Yutoun bus.

According to the Police, an intelligence-led operation later led to the arrest of five more suspects namely; Bashiru Salifu, Kassim Aninga, Mohammed Asako, Salifu James, and Ibrahim Mohammed for involvement in the illegal arms transaction.

All six suspects are currently in Police custody, assisting with the investigations.

The Police Administration in their statement lauded the Highway Patrol team for a good job done. The Police also thanked passengers on board that vehicle for their cooperation and understanding during the operation.