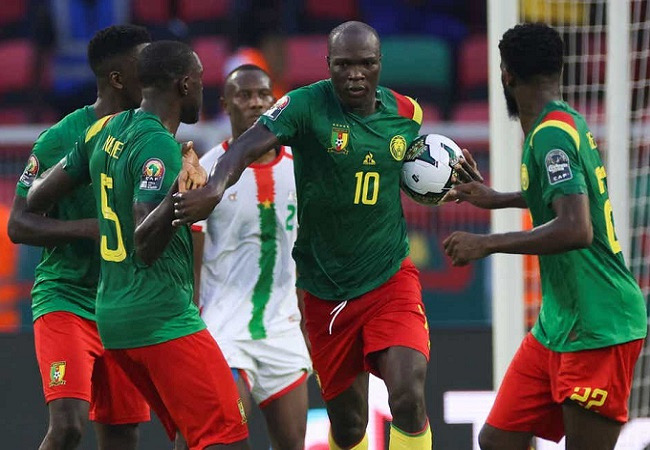 Host nation Cameroon clawed from a goal down to beat Burkina Faso 2 – 1 in an all action packed opening game at the African Cup of Nations.

Burkina Faso started the game on a front foot making their statement of intent clear right from the blast of the whistle.

However the lead was shortlived when Betrand Traore in a clumsy challenge fell Anguisa and upon the intervention of VAR , the referee pointed the spot. Vincent Aboubakar made no mistake sending the goalkeeper to the wrong direction to draw Cameroon level.

Vincent Aboubakar couldn’t get his hat trick as VAR ruled his 3rd goal for offside.

Meanwhile Cape Verde defeated Ethiopia by a lone goal in the second game in the group.

Burkina Faso will be looking to bounce back in their subsequent game against Ethiopia on matchday two whiles Cameroon also take on Cape Verde.