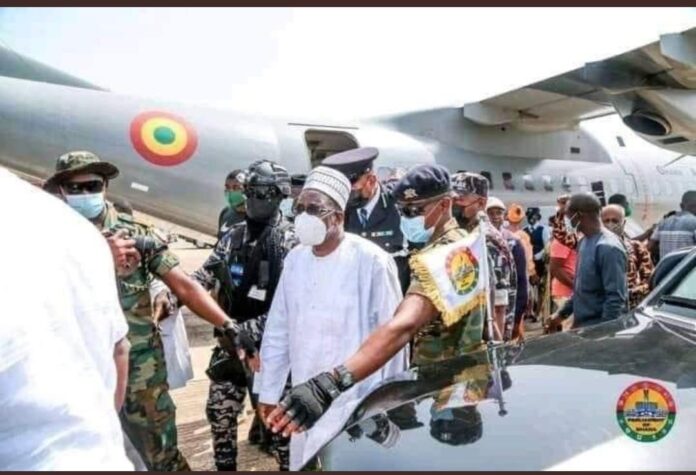 The Ghana Armed Forces has withdrawn military personnel attached to the security detail of the Speaker of Parliament Alban Bagbin for his protection.

A letter from the Ghana Armed Forces addressed to the Speaker said the officers were deployed without proper procedure. The soldiers have been with the Speaker since January 2021 when he assumed office. 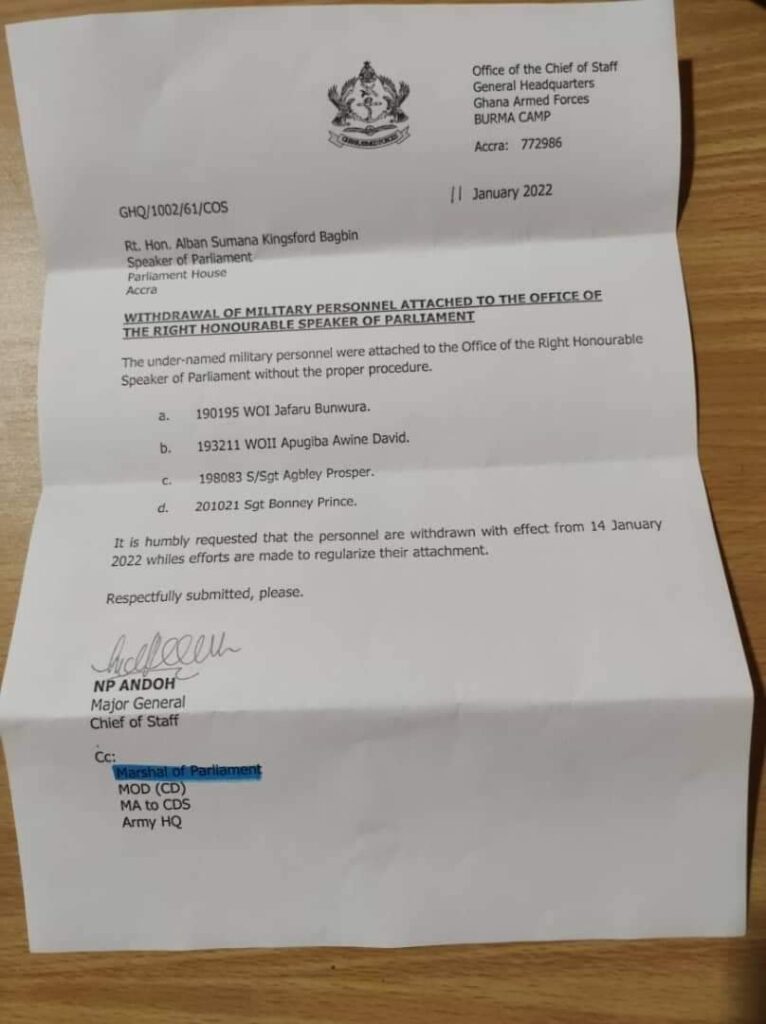 The letter further noted the deployment will be regularized after their withdrawal. It however did not indicate timelines for the redeployment.

Meanwhile, the Speaker in reaction to the move said: “The office of the Rt. Hon. Speaker, Alban S.K. Bagbin, has taken note of the withdrawal of four military officers posted to assist in the protection of the Speaker. The attempt to strip the Speaker off security protection is untenable. In a country that takes pride in its democratic institutions and processes, the decision to reduce the number of security personnel assigned to the Speaker detracts from the political gains that Ghana has made, and is a bad precedent”.