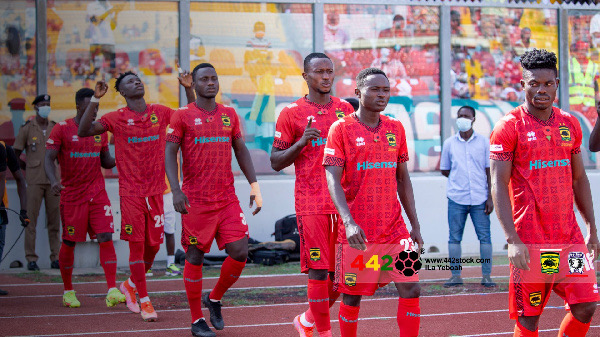 It’s week 12 of the Ghana Premier League with the big game being the Ashanti Regional derby between Kumasi Asante Kotoko and their rivals Ashantigold Sporting Club.

The Akoon Park will be the venue of attraction today as Berekum Chelsea travel as visitors to play Medeama SC. After conceding 9 goals and scoring 7 after 11 games, Berekum Chelsea will meet a Medeama side who are aiming to make it three wins from three games.

Having won just a game in thier last 5 fixtures, Accra Lions will host WAFA who have three less points(11) than their opponents on Saturday at the Accra Sports stadium.

Joseph Padi Kenney will be in the helm of affairs as the centre man when league defenders Hearts of Oak visits Bibiani GoldStars at the Duns Park. Hearts after a disappointing draw against Bechem United will hope to win against a side that has only lost a game at home in five games.

At the Nana Fosu Gyeabour Park in Bechem on Sunday, fourth placed Bechem United will face 8th placed RTU. The big game of the weekend will be at the Baba Yara sports stadium as the league leaders, Asante Kotoko square off with Ashantigold Sporting Club. With just 12 points and 14th on the table, Ashantigold have won only once in their last six games. They face a side that has lost just a game at home this season.