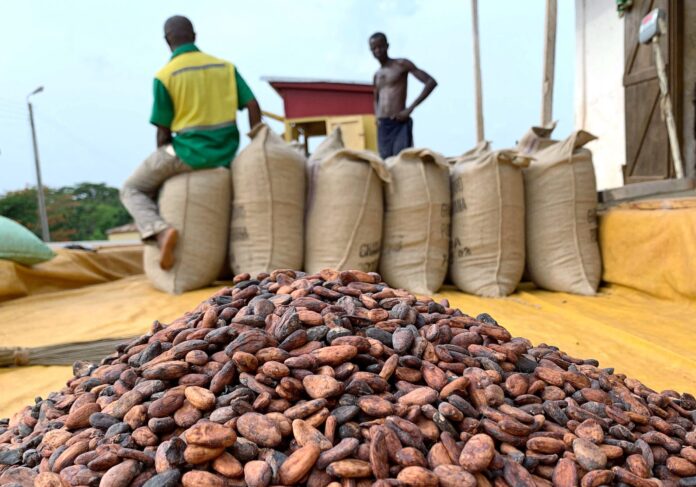 COCOBOD is threatening to fire striking cocoa carriers if they do not call off their strike and resume duty.

Speaking to the media during a press conference, Head of public relations for COCOBOD Fiifi Boafo said the board has put in significant effort to improve the pay of cocoa carriers despite the fact that they are not direct employees.

According to him, the board finds it unfair that cocoa carriers have publicly disclosed details of their private contracts in a bid to drum support for their ‘1 cedi per bag’ agenda.

“There are other persons that are ready to work. We can also leverage on tech and mechanize. However, if we do that, consider the number of able-bodied young men who will be rendered jobless! On the flip side, we have to manage within certain budgets. So, if the situation persists and we have to pay beyond what our resources permit then we may have to find a different means of going about this thing.”

The reaction from Cocobod comes five days into the cocoa carriers strike that commenced on the 5th of January. The carriers downed their tools citing poor working conditions. One of their return-to-work conditions was raising the pay to 1 cedi for every bag of cocoa they carry.

However, Cocobod disputes these figures saying carriers are grouped per group and paid GHC1300 a day which amounts ghc130 a day. Cocobod believes that the amount is above the general minimum wage hence cannot stretch its finances any further to pay the requested GHC1600 per group of 10 carriers.

“Yes, we agree that these are persons who offer important services to us. Must we commit all our resources to them? There are other people within the value chain. The farmers are there, the haulers are there. People who play different roles in the value chain. We believe that at this point in time they should accept the fact that we have a challenge and they should be able to manage this. We cannot afford to pay that at this point!”

This new declaration leaves cocoa industry in limbo with carriers holding their fort on their demands and Cocobod maintaining that not only are the dues outside its budget but might equally let go off anyone that doesn’t resume duty soon.