The Labour Division of the Accra High Court has ordered the University Teachers Association of Ghana (UTAG) to return work.

This was after the National Labour Commission (NLC) had moved an interlocutory injunction to compel them to return to duties pending the determination of the substantive matter which has to do with enforcement of the NLC directive to call off the strike.

In court on Tuesday, February 15, the court presided over by Justice Frank Rockson Aboadwe said it has taken Judicial notice of the attempts to settle the matter.

The court said, negotiation cannot be conclusive if UTAG is still on strike.

Consequently, the notice for interlocutory injunction was granted while the substantive matter for enforcement has been adjourned to February 22, 2022.

The effect of this decision of the Court according EIB Network’s Court Correspondent Murtala Inusah means that UTAG is to return to the lecture halls.

UTAG on January 10, 2022 begun a strike action and for the past a month   has not been able to reach settlement with government.

After been asked twice on February 3 and February 10 by the court to settle the matter out of court, the parties failed to reach agreement. 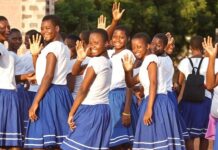 CHASS threatens to shut down SHSs over nonpayment of arrears 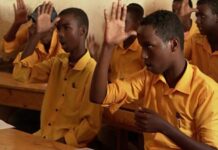 Gov’t releases GH¢57m for feeding, allowances to Colleges of Education