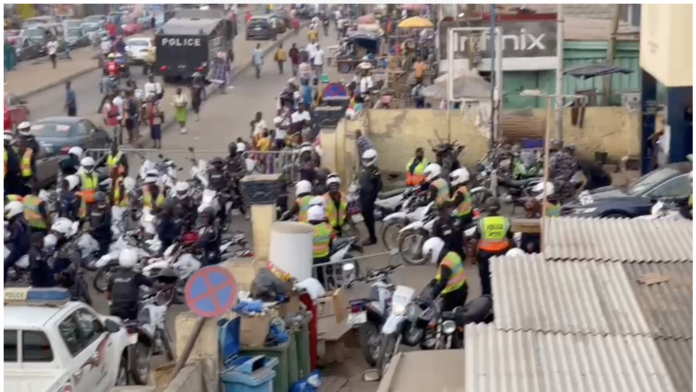 The leader of pressure group Oliver Barker-Vormawo has appeared at an Ashaiman Court to be formally charged after three (3) days in Police cells.

Mr Barker-Vormawo will be formally charged with treason after he threatened to stage a coup over the controversial E-Levy.

Earlier officers of the formed Police Unit and Striking force were dispatched to the Ashaiman Police station after some supporters of the arrested leader of the FIXTHECOUNTRY movement began massing up at the station.

The officers are to ensure peace and order at the station.

Barker-Vormawo was arrested on Friday night upon arrival from the UK.

According to a Police statement, the convener of the pressure group was arrested for threatening to stage a coup in Ghana on social media.

The statement said his “post contained a clear statement of intent with a possible will to execute a coup in his declaration of intent to subvert the constitution of the Republic”.