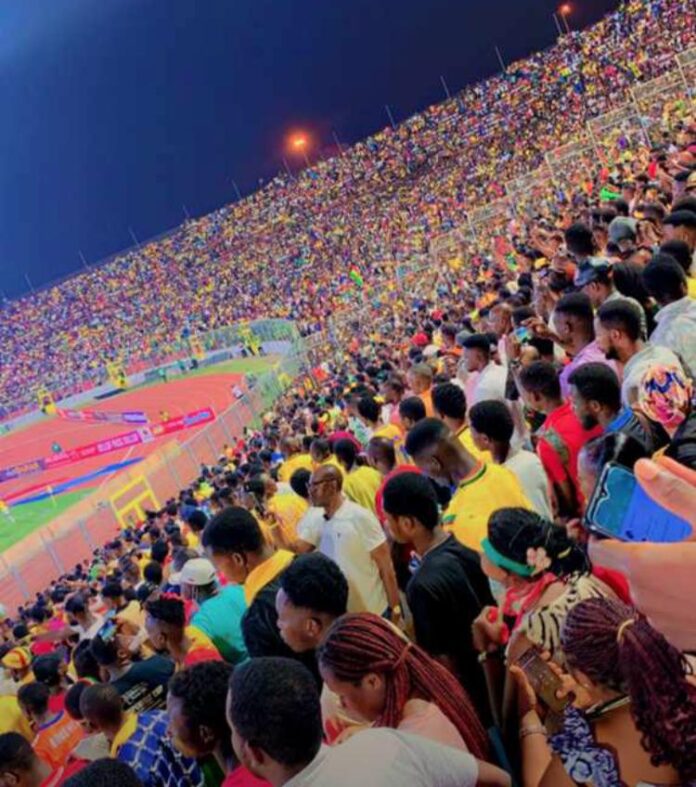 Chief Executive officer of E-go ticket those in charge of the E -ticketing system at match venues ,George Festus Mensah has revealed that it’s mandatory for all local clubs using state owned stadiums to use the e ticketing system during games in the Ghana premier league.

Government last month piloted the e-ticket system during Ghana’s game against Nigeria in a world Cup playoff game in kumasi. The encounter recorded a record 1.4 million cedis from the gates. Asante Kotoko’s super clash game against Hearts of Oak also saw the system being used and according to CEO of E-go ticket George Festus Mensah says their target is to go nationwide with the E-ticketing system at all league centers owned by government and even private owned ones in the Ghana premier league.

“Other clubs that are private entities and have their own stadia and so we are also in talks with them to help them realise this kind of revenue “he added.