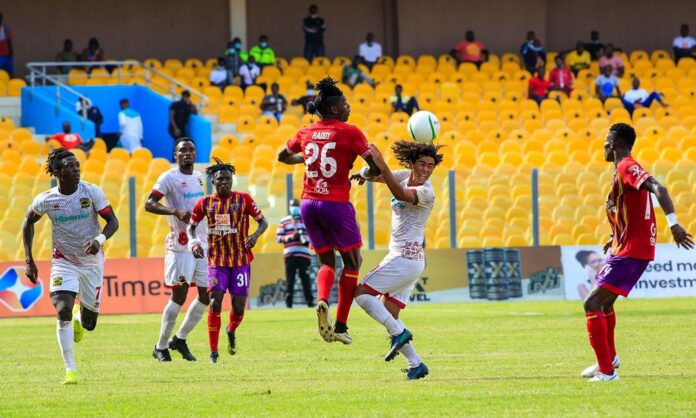 The Cameroon striker sent Hearts of Oak goalkeeper Richmond Ayi the wrong way as he calmly slotted home from the spot following a foul on midfielder Fabio Gama in the box.

Both sides came close after creating some decent chances but it was the Reds who held on to take all three points in front of their fans at the Baba Yara Sports stadium.

The Phobians handed former Asante Kotoko right back Samuel Inkoom his debut after coming on in the second half, but midfielder Sulley Muntari was absent.

Hearts of Oak now trail their rivals by sixteen points and it looks like there in no way for them to retain the title they won last season.